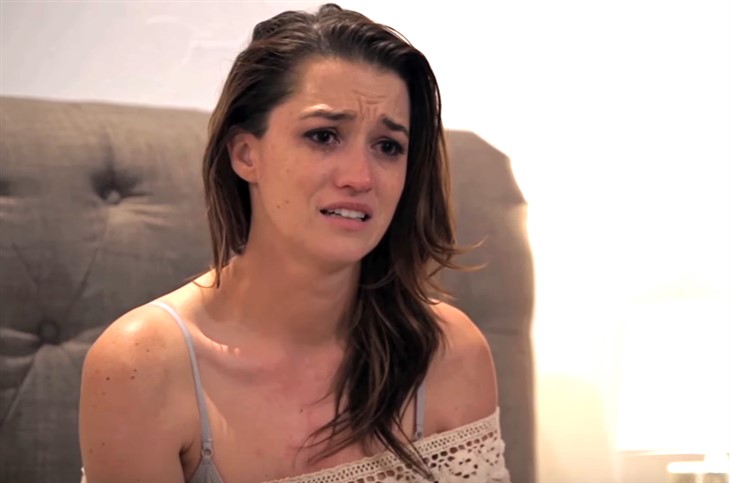 Bachelor In Paradise stars Jade Liz Roper and Tanner Tolbert seem like a major success story for the ABC franchise. Fans first met them together in season 2 of the spinoff. However, she was previously featured in The Bachelor, season 19. Eliminated in the eighth week, she found an opportunity to start a brand new life as a mom of three kids. So this week, she shared some fun news about a pineapple that seemed to explode.

Tanner Tolbert seems to be something of an expert in the ABC franchise these days. In fact, he had a lot to say about Clayton Echard’s season. Actually, he infamously called Clayton a “raging a**shole.” Mind you, he offset that by calling him a “nice if boring guy.”  He probably has the right to comment on other relationships, especially since he and Liz met, married, and successfully raise three adorable kids.

Bachelor In Paradise fans loved that Jade Liz produced her gorgeous child, Emmy. Then, Brooks came along in a hurry. Recall, he arrived early and very nearly got born in the closet. Finally, she welcomed Reed Harrison who rapidly becomes a sturdy little fellow. Often, she shares news of the family adventures, and this week, they visited  Maui. Actually, they went for their babymoon there with Emmy.

Bachelor In Paradise – An Exploding Pineapple?

Taking to her Instagram stories on Wednesday, August 3, Jade shared a few clips of them at some sort of market. Thirsty, she wanted a pineapple smoothie. But when she picked up one of the fruits, the top blew open. In her caption, she seemed a bit shocked, saying, “watch the wind blows the top of my pineapple off!” Well, who wouldn’t be surprised by a seemingly spontaneous exploding pineapple?

It’s not clear, but perhaps the place that sells the smoothies pre-sliced the top to make it easy to open.

The Bachelor In Paradise stars then explored the Banyan trees in Lahaina, where presumably, the trees sheltered them a bit from the windy conditions. If you don’t know, they seem fascinating. You can find them in Courthouse Square. Interestingly, because the trees can drop their branches to the ground and become rooted they generate more clones. In fact, a whole forest can be described as one single tree.

Bachelor In Paradise – Revenge On That Pineapple

Eventually, the Bachelor In Paradise star got her revenge on the surprising self-exploding pineapple, and she and her son finally got to enjoy their smoothie.

Did you ever enjoy a pineapple smoothie near the famous Bunyan trees in Lahaina? Sound off your experiences in the comments below.

Be sure to catch up on everything happening with BiP right now. Come back here often for more Bachelor In Paradise spoilers, news, and updates.