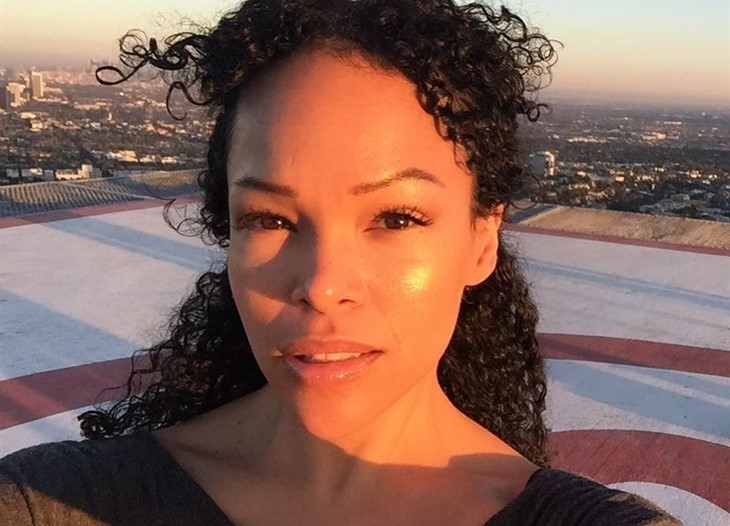 General Hospital spoilers reveal that fans have long suspected that Portia Robinson (Brook Kerr) has been lying about Trina Robinson’s (Tabyana Ali) paternity for years. Speaking to Soap Opera Digest, Kerr opened up about the storyline. The actress explained the reasons why Portia might have kept this secret for so long as well as the possible fallout.

GH spoilers reveal that there was speculation a long time ago that Trina’s father might not be who everyone thinks. That was confirmed when Portia and Jordan Ashford (Tanisha Harper) were trapped in the basement.

Portia knew that if she didn’t make it out, the secret would never come out. So, she confessed to Jordan about Trina’s real father. Of course, the secret still remains hidden. As fans know, secrets in soaps never stay buried forever.

In recent episodes, Portia found out that Curtis Ashford’s (Donnell Turner) father was diagnosed with schizophrenia. Viewers may recall Portia trying to get genetic testing done as Marshall Ashford’s (Robert Gossett) mental illness bombshell came out. Portia almost got caught talking on the phone with the genetic testing lab. However, she covered but the truth is going to come out soon.

General Hospital spoilers reveal that Kerr talked a bit about the storyline with Soap Opera Digest. Kerr was asked if Portia has known and been keeping this secret for nearly 20 years. I mean, it’s possible that Portia didn’t know who the father was and was in denial until recently. Kerr replied,

Kerr also said that fans need to think about everything Portia was going through at the time of her pregnancy. She was probably in medical school when she got pregnant with Trina. There might have been family circumstances and stability issues that made Portia think that hiding the truth was better.

Portia might have felt it was best to keep the secret at the time. However, secrets always come out in soaps. When the truth comes out, there will be tons of fallout. As Kerr explained to the magazine, there are people who are going to get hurt. There is no way to avoid that but can Portia explain? Will she be forgiven?

What do you think is going to happen when Portia’s secret comes out? Does she have a good reason for lying all these years or is her secret unforgivable?