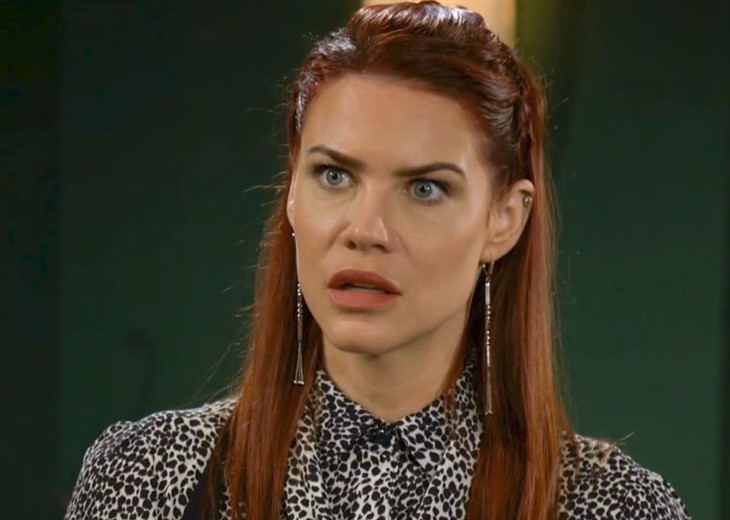 The Young and the Restless spoilers document that Sally Spectra (Courtney Hope) has appointed herself head sleuth in the Ashland Locke (Robert Newman) death mystery. Her nose for news might get bent out of shape by Victor Newman (Eric Braeden) if she foolishly exposes Nick Newman’s (Joshua Morrow) fight.

The audience knows what happened. Nick entered Victoria Newman’s (Amelia Heinle) home, saw that Ashland was involved in a heated confrontation with her, learned physical contact was made and reacted.

Nick is a hothead from way back. He did not overreact in challenging Ashland but was arguably reckless when punching him in the face, which led to the accidental death.

The Young And The Restless Spoilers – Victoria Newman Discounted Response

Victoria was warned to prepare for Ashland’s reprisal. The warning source was unexpected, Adam Newman (Mark Grossman). He was chilled when Ashland told him his plan to go after the Newmans was personal and involved Victoria.

No one blames Victoria for being outraged and humiliated. She was used by Ashland during the long period when he lied about having cancer.

However, the reveal she dropped on Ashland’s head in New York was ultra-Moustache. Victoria took everything from him, and then her father went one better.

Victor was not protecting Harrison Locke (Kellen Enriquez) when he instantly dismissed Ashland’s request to see the boy he still considered his son. Braeden’s character waved his hand at Ashland when both men and Victoria were in the Newman Enterprises executive suite.

Diane Jenkins’ (Susan Walters) acceptance of Victor’s plan to turn Ashland in for violating terms of the restraining order created a break. Ashland felt he had nothing to lose and became unhinged while in jail.

As viewers recall, Victor was allowed access to him in jail and grabbed hold of him through the bars. It was very soap and indicated a major climax was ahead. That happened, and Victor had his security staff create the circumstances of Ashland’s death.

Thhe Young And The Restless Spoilers – Nick Newman Must Tell All

Nick needs to tell his father and sister that Sally became aware of the fight at Victoria’s. Kevin Fisher (Greg Rikaart) should not have put his wife in a bad position by relaying what Chance Chancellor (Conner Floyd) allowed him to know.

Chloe Mitchell (Elizabeth Hendrickson) should have thought before she spoke. Hendrickson’s character had to know that her knowledge was problematic, and that Kevin’s job could be jeopardized by telling Sally the inside information.

It would be bad for business and a threat to her tenure at Newman Media if she exposes Nick’s fight. The audience will soon see her decision and the fallout that follows.