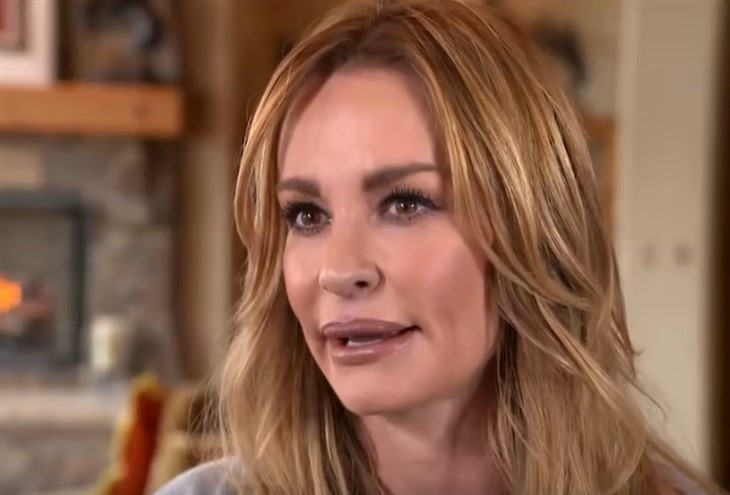 Armstrong joins the upcoming season of the Orange County version of the franchise. Reports suggest that the actress who lives in Orange County with her husband, John Bluher and her daughter, Kennedy she will be recurring on the series which premiered on Bravo in March 2006. It is noted that she is the first member of the franchise to jump from one version to another of the franchise series. She appeared on the first three seasons of Beverly Hills, and has been on more recently as a guest star. Armstrong also starred on the recently concluded Season 2 of The Real Housewives Ultimate Girls Trip, as a member of the Ex-Wives Club.

Her time on the Beverly Hills version was during a very tragic and rough time in her life. It was just two weeks before the premiere of the second season in August 2011 that her then husband Russell Armstrong took his own life because of financial problems that he was facing. Before his death, Armstrong had filed for a divorce. During her time on the show, she was very open about the problems she faced in her marriage.

The Orange County version of the franchise is set to start production on its 17th season this summer. It aired 16 seasons before focusing on the professional and personal lives of several women who reside in Orange County, California. The upcoming season of the series will consist of Heather Dubrow, Gina Kirschenheiter, Shannon Storms Beador, Emily Simpson, Tamra Judge and Armstrong.

The show has had much success, some of which has led to the development of The Real Housewives franchise and similar spin-off series based in numerous states across the US. The success of the show has resulted in two spin-offs, notably; Date My Ex: Jo & Slade and Tamra’s OC Wedding.

Are you excited for what’s coming up?

Be sure to catch up on everything happening with Bravo right now. Come back here often for Real Housewives spoilers, news, and updates.