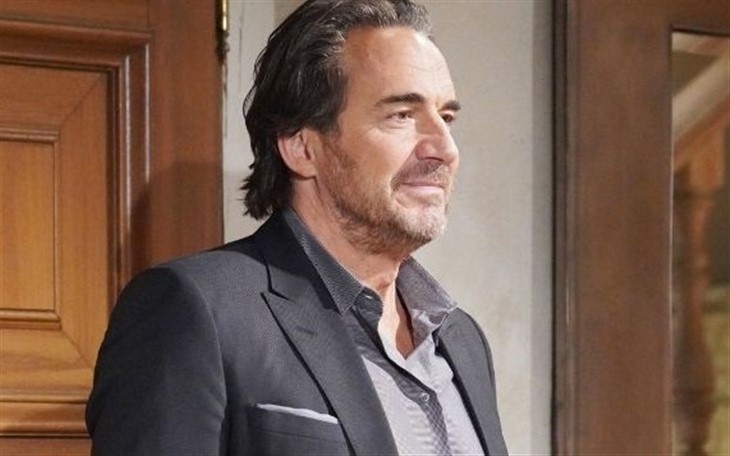 The Bold and the Beautiful spoilers document that Ridge Forrester (Thorsten Kaye) kissed Taylor Hayes (Krista Allen) in Monaco. She asked him about it when they returned to the hotel later and received what seemed like a reasonable explanation.

But Taylor has not been an in-person factor in Los Angeles, California, for many years. So, her continued presence and recent developments could be game-changers.

The Bold And The Beautiful Spoilers – Back To The Logan Mansion

Scenes were presented that felt like the open question was answered. Ridge made a decision and was honest with Taylor about it.

Allen’s character prepared for this outcome but was hopeful that Brooke’s New Year’s Eve actions would finally allow Ridge to recognize the pattern of dysfunction that their connection represented.

But Sheila Carter’s (Kimberlin Brown) self-reveal, regarding the champagne label switch, helped Brooke. Ridge realized Lang’s character was pushed off the wagon rather than choosing to drink because she was with Deacon Sharpe (Sean Kanan).

Deacon told Brooke that she was the one woman he could not get over. That tell surprised her, with Brooke’s rediscovered fondness for Deacon also being undeniable.

But Brooke sees Deacon as their daughter’s, Hope Spencer (Annika Noelle), father. While she still finds Kanan’s character to be attractive, her love is reserved for Ridge.

Taylor has recently responded to Deacon’s friendship overtures. He used their second place-finisher status as common bond point. But, like Brooke, she told Deacon no because of her dedication to Ridge.

Yet, fans know there is potential for something to happen between Taylor and Deacon. Beyond attraction and single status, Allen’s character knows being with Deacon would drive Ridge wild.

The Bold And The Beautiful Spoilers – Ridge Forrester Controls The Agenda

Deacon recently asked why Ridge gets to set the rules. A stronger assessment would include him controlling an agenda.

If Ridge wants Brooke, then their marriage continues. That scenario leaves Taylor open to reconsidering Deacon as her second option.

But if Ridge changed his decision, and reconciles with Taylor, then Brooke is out in the cold. She knows that Deacon remains ready to provide a shoulder on.

A new couples’ arrangement could have Ridge with Taylor and Brooke with Deacon. Alternatively, Ridge and Brooke would be stunned if they learned that Taylor and Deacon became a pairing on B&B.