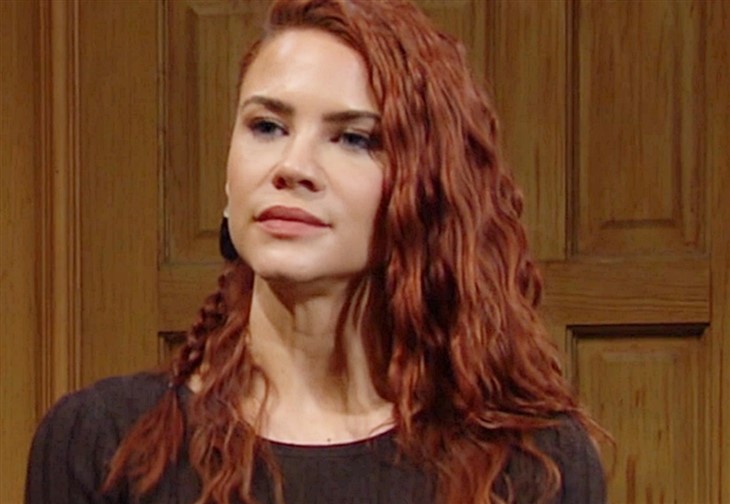 The Young and the Restless spoilers document that Sally Spectra’s (Courtney Hope) recent talks with Nick Newman (Joshua Morrow) were not romantically based. However, devoted viewers know about the history of women Adam Newman (Mark Grossman) and Nick have been connected to.

Sharon Rosales (Sharon Case) is Adam’s arguable greatest love. She is also the mother of two of Nick’s children and the woman he was married to for the longest period. Sharon continues to grieve her husband’s (Rey Rosales, Jordi Vilasuso) loss, and is not pursuing a new love yet.

Chelsea Lawson (Melissa Claire Egan) loves Adam more than any other man and is the mother of one of his sons. But she has also been romantically tied to Nick. Chelsea’s head has been turned by Billy Abbott (Jason Thompson), with that pairing’s potential unknowable at this point in the plot.

The Young And The Restless Spoilers – Sage Newman Matters Too

Sage Newman (Kelly Sullivan) was married to Adam and then Nick. Morrow’s character believed that Christian Newman (Alex Wilson) was his child. Nick eventually learned, with Sharon by his side, that Adam fathered Christian.

While Sage died in 2016, her importance persists. She, like Sharon and Chelsea is another woman who was drawn to the Newman brothers.

So, will Sally follow the path that Case, Egan, and Sullivan’s characters previously walked on?

Nick recently opted to return to Newman Enterprises. That seemed like an odd choice because of the strong feelings he has so often expressed about the family business.

Viewers now know why Nick made that decision. Doing so positioned him at Newman Towers after the incident with Ashland Locke (Robert Newman) happened.

Nick apologized to Sally for being too harsh. She appreciated his words and may be recognizing a new ally.

Sally was warned by Nick about Adam. He told her that his brother treated various women he was romantically involved with badly before.

Nick is aware of Adam’s history with Sharon, Chelsea, and Sage. Whether Sally becomes the next lady to become involved with one Newman brother after being with the other will soon be seen on Y&R.