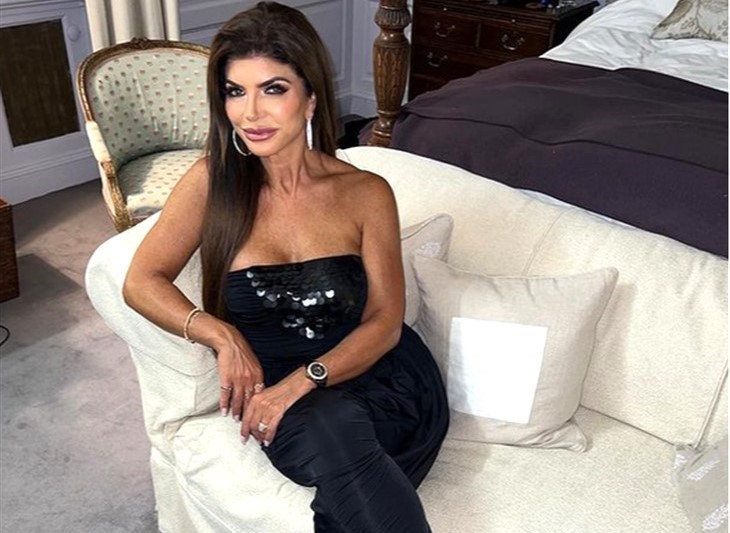 Real Housewives of New Jersey (RHONJ) star Teresa Giudice finally tied the knot with Luis Ruelas. While a lot of fans think that she makes a mistake, many of them seemed to hope that the big day went well for her. Now that photos leaked onto social media, folks slapped at her because they felt a lot of effort went into a very disappointing wedding appearance.

Sometimes, the Bravo star made such a big fuss about Luis Ruelas that many people wondered who she tried to convince. Some folks felt that she pushed her new love after Joe so hard, that all she did was try and convince herself that Paradise awaited her. Over the months leading up to the wedding, plenty of news and speculation emerged about the big day. So, fans heard that she settled for a  wedding venue Stateside rather than in Italy.

Complications arose for the RHONJ star when Ramona Singer leaked some wedding details. Described as “accidentally,” some people thought that Teresa gave her the go-ahead to get more publicity. Whatever happened, meant that the RSVP website had to be taken down as fans started invading it. Now that’s all history and hopefully, Teresa is happy for the rest of her life. But she might not be happy with comments by disappointed fans.

When a photo started circulating that revealed Teresa Giduce in her wedding dress, outlets like Reality Blurb shared it. Eventually, it made its way to the Instagram account named Drinking With Bravo. There, her style was mocked as looking too much like an episode of TLC’s “My Big Fat American Gypsy Wedding.”

In the comments, RHONJ fans expressed their disappointment.  One of them said, “I was disappointed in this whole look.”

Meanwhile, others thought it all seemed just too “Disney.” This comment slayed, but it seems like a good comparison: “Does this not remind anyone else of the mouse in zootopia?! Why that hair it distracts from the dress😭.”

Unfortunately, the comparison sat well well with other followers who agreed about the mouse. But others wondered if it was a fake photo. A follower said, “This can’t be real life.”

If you doubt that the RHONJ star really selected that style for her wedding, there are plenty of photos on social media. In fact, Reality Blurb has several in one of their articles.

Admittedly, it doesn’t seem nice to diss someone’s special day. But, people feel let down. One of them opined, “I had such high hopes… I really wanted this to go well for her!😬🥴🤦🏻‍♀️.”