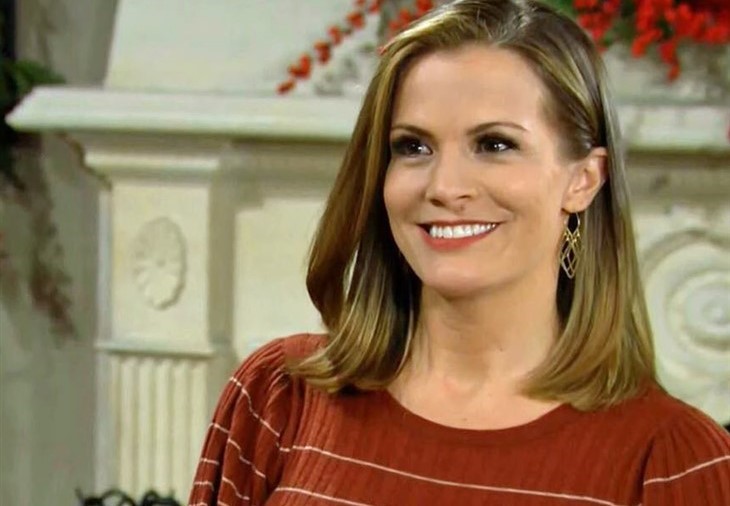 The Young and the Restless spoilers document that Chelsea Lawson (Melissa Claire Egan) lights up whenever Billy Abbott (Jason Thompson) enters the room. This pair has a history, with Johnny Abbott (Holden and Ryan Hare) being the child who came into the world via Victor Newman’s (Eric Braeden) scheme.

It has been over a decade (2011) since Egan joined the cast. Her character was introduced as someone Victor paid. At that time in the plot, the Moustache wanted to pull Billy (as then played by Billy Miller) away from Victoria.

Egan has proven to be a stalwart. The six-time Daytime Emmy Award nominee has earned three nominations since joining the cast. The other three nominations were earned for her portrayal of Annie Novak on the beloved All My Children.

The Young And The Restless Spoilers – Rey Rosales Was Her Dream

Chelsea was interested in seeing if she and Adam Newman (Mark Grossman) could reconnect. Her outlook came after spending time with Conner Newman (Judah Mackey) and her mother while Anita Lawson (Catherine Bach) was recovering.

Rey Rosales’ (Jordi Vilasuso) forgiveness, which was solidified during that escorted, legal trip, implied that he and Chelsea would be exploring romance in the future. Sharon Rosales (Sharon Case) picked up on that vibe and called her out.

Chelsea denied it. But fans knew Chelsea had a dream where Rey told her she was the most fascinating woman he had ever met. In reality, Rey was not developing overt feelings for Chelsea at that point in the plot.

Adam’s decision to reject Chelsea’s offer to attempt reconciliation was wise. This pairing had a dysfunctional relationship that included Adam having her kidnapped. That led to her stroke and Chelsea poisoning Rey in an attempt to frame Adam.

Connor is the bond that keeps Chelsea and Adam tied forever. When it comes to their son, they are both on the same script page.

It took a while, but Chelsea got over Adam. Rediscovering Billy helped.

The Young and the Restless News: Natalie Morales Opens Up About Joining Y&R #yr #youngandrestlesshttps://t.co/UvEqESBv14

The Young And The Restless Spoilers – Billy Abbott’s Podcast Partner

The audience was likely wondering where the writing staff was going with Billy’s Grinning Soul podcast. While various Genoa City, Wisconsin residents found it to be engaging, fans saw Billy talking into a microphone about himself.

However, Chelsea’s recent addition changes this platform’s dynamic. It seems like a Billy-Chelsea reboot is something Egan’s character is entertaining. Whether he eventually agrees or turns her away will be seen as further episodes drop.