The Young And The Restless Spoilers: Implications Of Victor’s Coverup – Victoria’s Nightmare Does Not End 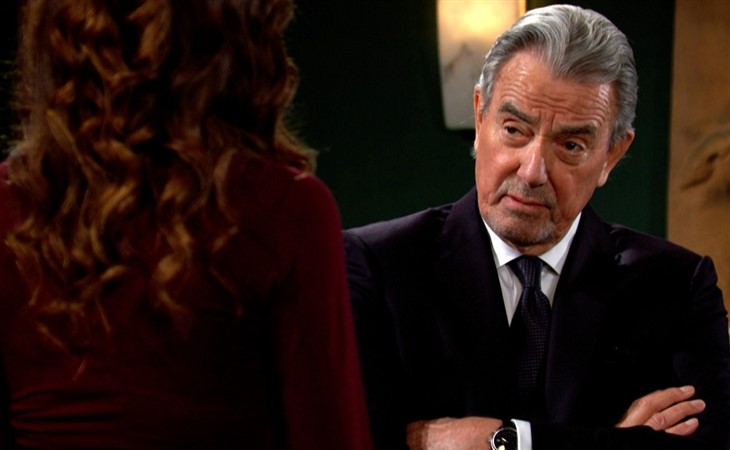 The Young and the Restless spoilers document that Victor Newman (Eric Braeden) confirmed what Nick Newman (Joshua Morrow) and the viewers suspected. The Moustache had his men alter the circumstances of Ashland Locke’s (Robert Newman) death.

Nick knows his punch sent Ashland backward towards Victoria Newman’s (Amelia Heinle) fireplace. The fall caused Ashland to hit his head with such force that he died on impact.

Chance Chancellor (Conner Floyd) was not willing to accept the apparent facts of the case and sent Kevin Fisher (Greg Rikaart) on a fishing expedition. The early results have not yielded a score, but Chance continues to gather circumstantial evidence that implicates his father-in-law.

The Young And The Restless Spoilers – Victor Newman Was Harsh

All Ashland wanted was to see the boy he considered to be his son before leaving Genoa City, Wisconsin. Victor sternly told him no in front of Victoria when the trio was in the restored Newman Enterprises at Newman Towers.

Ashland could not believe the coldness of Victor’s response or Victoria’s unwillingness to give him an ounce of compassion. Newman’s character saved Victoria’s life. But she considers that act of bravery not good enough to change her outlook.

Victor’s unwillingness to contact a judge so that Ashland could be allowed to supersede the restraining order Kyle Abbott (Michael Mealor) was convinced to impose pushed Ashland to the edge of sanity.

Diane Jenkins (Susan Walters) was the one person Ashland felt he bonded with in Genoa City, Wisconsin. They were connected through Harrison Locke (Kellen Enriquez) and commiserated about being the outsiders in town.

Their shared status as people with notorious pasts, which the GC elite would never stop referencing, suggested that this was a potential romantic pairing.

Diane felt a mix of compulsion and guilt when informing Michael Baldwin (Christian Le Blanc) that Ashland was with Harrison at Chancellor Park. She broke Ashland’s trust because of loyalty to Kyle, which stunned the man Harrison called father.

The Young and the Restless Spoilers: Did Victor Kill Ashland Locke? #yr #youngandrestlesshttps://t.co/KiTVX5Kdcr

The Young And The Restless Spoilers – Victoria Newman Forced To Choose

Victoria did nothing wrong the night Ashland accidentally died. Neither did Nick. But Victor’s decision to make the circumstances of Ashland’s death look like a car crash at the ravine could prove significant for more than just the Moustache.

Chance will press Victoria about what she knows. That will force her to deny the information she learned about Victor through Nick or report what she heard about her father on Y&R.