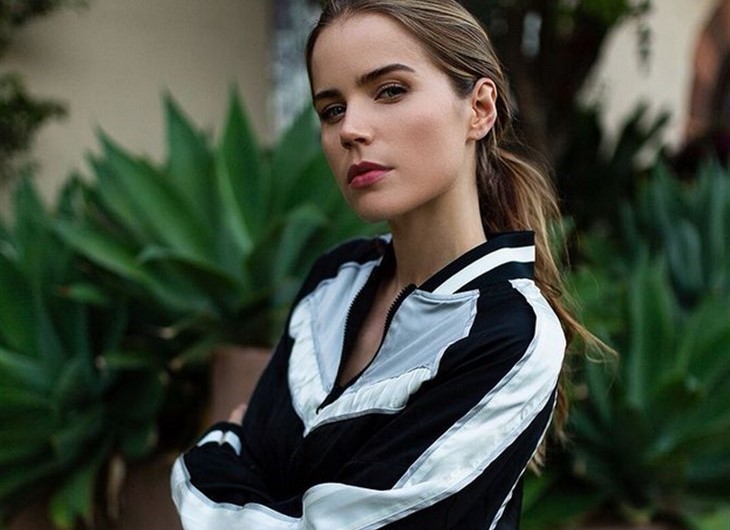 General Hospital spoilers and updates reveals Sofia Mattsson is having the time of her life with her latest storyline on ABC’s GH. Mattsson who joined the cast of the ABC daytime soap opera in 2018 has been given some Emmy worthy material of late and she’s opening up about possible one of her favorite scenes on the show thus far.

Sasha has been struggling a lot after losing her baby. She still hasn’t gotten over the loss and sometimes she lashes out and takes drastic measures. In a recent episode, where Sasha was promoting Deception in an episode of Home & Heart hosted by guest star Morgan Fairchild, Sasha had a breakdown.

We got to see her range with the material but it was her latest set of episodes that really took the cake and could have her in the line for a Daytime EMmy Award nomination or win in 2023.

When the episode aired where Sasha smashed Smoltz’s (David Lautman) windshield, Mattson took to social media sharing, “Always fun at work. Who saw me smash a windshield this week?! During rehearsal they told me there’s no way I’d be able to break through the glass and that we’d have to fake it broken in between takes… Well, I guess they forgot I have Viking ancestry in me .”

Of course, her post welcomed several comments from fans. Lautman who plays Smoltz replied, “Yeaaaaaaah… we’re going to have to talk about that, you’ll be needing to fix the windshield ASAP. For what it’s worth though, incredibly impressive demonstration of your sheer strength and determination to destroy property, well done Sasha…”

Mattson didn’t leave before sharing her gratitude, “Thank you for all the amazing comments. I so appreciate all the kindness and love! I always have a blast playing Sasha Gilmore!”

Please share your thoughts and comments with us as we would love to hear from you. Be sure to continue watching General Hospital as it airs weekdays on ABC!