The Bold And The Beautiful Spoilers: Taylor Senses Momentum – Ridge Can Not Dismiss Monaco 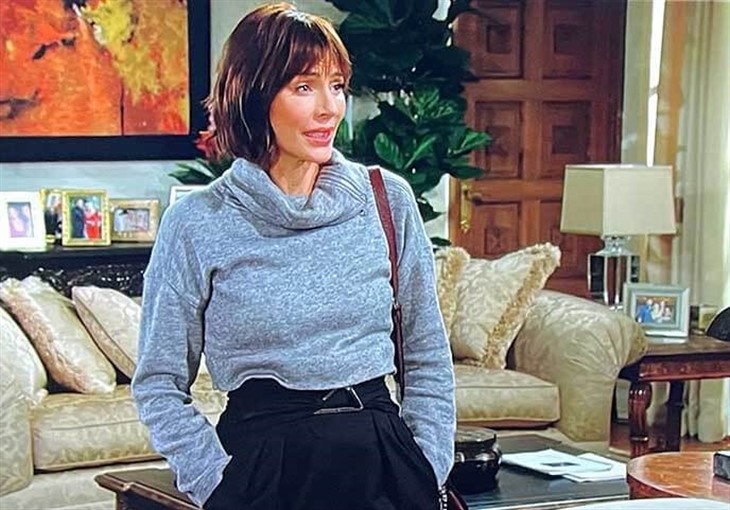 The Bold and the Beautiful spoilers document that Taylor Hayes (Krista Allen) believes that Ridge Forrester (Thorsten Kaye) still loves her. That is big. But so is momentum on B&B.

Brooke Logan Forrester (Katherine Kelly Lang) believes she did nothing wrong with the most recent Deacon Sharpe (Sean Kanan) incident. On that plot point, she is right.

But Brooke’s conclusion about Ridge not overreacting to the photo of her, Deacon, and Hope Spencer (Annika Noelle), was based on a lack of information. She had no idea that Ridge’s Monaco kiss guilt halted what normally would have been a lambasting.

Brooke appeared to fall off the wagon. But the New Year’s Eve drinking binge was eventually revealed to have been another Sheila Carter (Kimberlin Brown) provocation.

She patiently waited for Ridge to return to her after he moved out of the mansion and lived at the cliff house where Taylor was staying. Brooke felt responsible for breaking Ridge’s trust, and doing that with one of his rivals, Deacon.

Brooke was overjoyed to learn that Ridge decided to move back home and fully reconcile more recently. But what happened in Monaco seems likely to be exposed and make an impact.

Taylor’s approach toward Ridge was different. Upon returning from her extended missionary trip, she did not pressure Ridge or seek trouble with Brooke.

The Taylor recast is allowing Allen to carve a niche. This actor has done a strong job creating a new edition of a legacy character. Along with that comes a reasonable belief that Taylor could win Ridge back.

Taylor and Ridge’s connection was initially based on their love for each other. In more recent years, and in not having been married for a long time, their link has purely been as parents. But the referenced connection appears to have currency.

The Bold And The Beautiful Spoilers – Ridge Forrester Remains Conflicted

Conflicted is fair adjective to use because Kaye’s character is confused. His feelings are also inconsistent in that he sees Brooke as his deepest love.

But Ridge has also been reminded that Taylor continues to occupy a unique place in his heart. She is not a nostalgic figure, who he sees as a friend, either.

Fans will soon see if Brooke realizes the persistent tie between her husband and Taylor and if the Monaco kiss becomes a point of conflict in this apparent triangle.