The Young And The Restless Spoilers: Where Does Adam’s Heart Lie? – Retro Move Or Reconciliation Coming 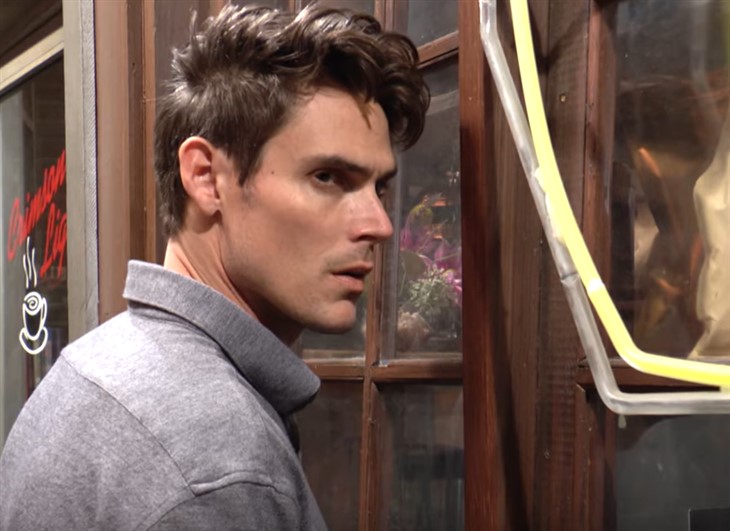 The Young and the Restless spoilers document that Adam Newman (Mark Grossman) is currently single by choice. Sally Spectra (Courtney Hope) did not appreciate the cold manner in which he dropped her but has adjusted for what could be an indefinite relationship break rather than an end.

It does not feel that Adam and Sally are necessarily over. Instead, they seem to be done for the time being.

However, Sharon Rosales (Sharon Case) remains an evergreen romantic option for Adam. She is still grieving the loss of her beloved husband, Rey Rosales (Jordi Vilasuso) but is responding well. That could mean she eventually reconsiders Adam again.

The Young And The Restless Spoilers: Victor Is Not In Control – Ashland Casts Dark Dead Shadow

The Young And The Restless Spoilers – Sharon Rosales’ Resilience And Maturity

Adam could be better off with Sharon, as her maturity level is superior. She remains Adam’s most intense love and the woman he arguably longs for.

Sharon’s single status appears to trend more toward Nick Newman (Joshua Morrow) or whatever character Trevor St. John will be playing when he debuts on Y&R, as teased, this fall.

Sharon makes the call in this instance, as reuniting with Adam would be a complex calculation. Not that doing the same with Nick would be easy. But that revival would be met with a different level of resistance by others in Genoa City, Wisconsin.

Sally truly loves Adam. Her admiration and support meant everything when he was heading Newman Media.

There is no doubt that Adam made a strategic decision to leave the family business. Newman Media being under Newman Enterprises, which includes the assets of the Locke Communications Group since last fall, was not to Adam’s liking because it meant he answered to his oldest sister, Victoria Newman (Amelia Heinle).

Adam’s sacrifice of his career options was tied to the renewed negative intensity he feels for his father, Victor Newman (Eric Braeden). It implies, or in reality, proves Adam still loves Sally.

The Young and the Restless Star Robert Newman Opens Up About His Departure From Genoa City #yr #youngandrestlesshttps://t.co/XePEYykxAc

The Young And The Restless Spoilers – Adam Newman Holding Steady

Adam is offered a prime spot at Jabot. That opportunity would allow Adam to hold steady in his single status and focus on a different business angle.

Sharon might be in his future. Sally definitely will be if Adam finds his way back to her.

But in the meantime, Adam’s preferred outlet might be to teach his father and sister a lesson by battling Newman Enterprises through Jabot on Y&R.