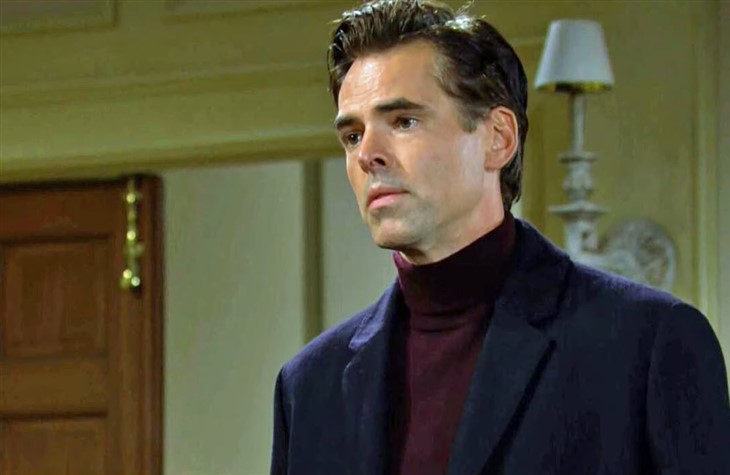 The Young and the Restless spoilers document that Billy Abbott (Jason Thompson) came to know Phyllis Summers (Michelle Stafford) when they were together. He is the type of guy who maintains a link with the ladies he has been involved with, as Victoria Newman (Amelia Heinle) knows so well and has come to more deeply appreciate because of the Ashland Locke (Robert Newman) debacle.

Billy having a heart-to-heart with Phyllis at Society was not something new. This one-time couple has a history of speaking bluntly to each other.

Phyllis did not stop Billy from speculating, proving it true by her responses. But at least he gave her the option of reconsidering a plan that Nikki Newman (Melody Thomas Scott) endorses, and Ashley Abbott (Eileen Davidson) supports after initially questioning.

The Young And The Restless Spoilers – Adam Newman Added To Jabot?

Phyllis did not expect Adam to be a factor in her plan to sabotage Diane Jenkins (Susan Walters) and hopefully force her out of Genoa City, Wisconsin. While Adam has not yet accepted Jack’s offer, it feels too good to reject.

Billy sees the soapy road ahead. Phyllis will work her magic, and Diane might well be damaged as is hoped.

However, Summer Newman Abbott (Allison Lanier) will realize at some point in the plot that her mother lied. Phyllis looked her daughter in the eye and promised she wanted to join the new home division. In fact, Stafford’s character is using Summer to set up Diane.

Phyllis told Billy that Summer would not be part of the collateral damage he anticipates.

The Young And The Restless Spoilers – Phyllis Summers Breaks Trust

Phyllis has already broken Jack’s heart and his trust. While his feelings for her may always exist, the romantic opportunity they just began exploring was quickly dashed.

The Young and the Restless Spoilers: Should Chance Watch His Back? #yr #youngandrestlesshttps://t.co/2uSwU2fBmQ

But at least Phyllis knew she maintained her daughter’s stalwart support. Yes, Summer told her mother that Jack deserved better than what Phyllis gave him. But there was no doubt about Summer’s love.

Billy’s insight into Phyllis’ obsession with Diane creating unexpected outcomes should not be dismissed. But Phyllis appears intent on undermining herself, with Summer likely alienated and Jack having his suspicions about Red reaffirmed.