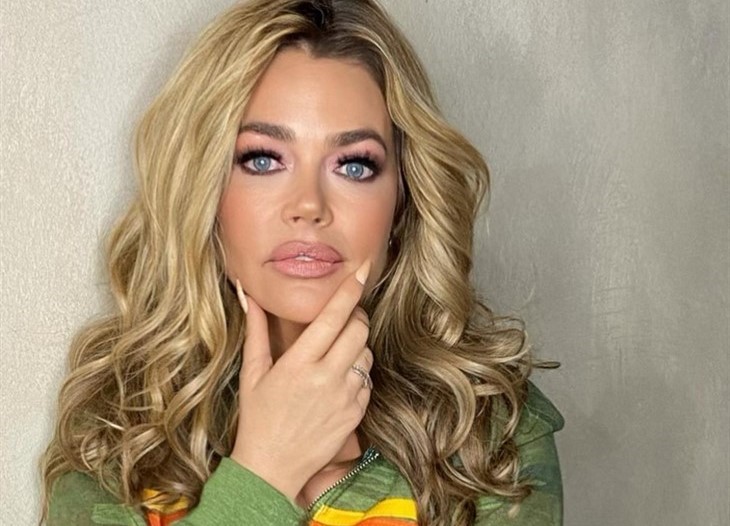 The Bold and the Beautiful spoilers say that Denise Richards may play a dramatic character like Shauna Fulton on the canvas, but in real life she sure does have plenty of it in her real life. In fact, the actress recently opened up about her divorce from Charlie Sheen and how guilty she felt for apparently breaking up her family. Here’s what she has to say.

While speaking to Caroline Stanbury on her podcast, Divorced Not Dead, Denise admitted that she struggled with the idea that she might have split up the family unit with her ex-husband, Charlie Sheen. The ex-couple share two daughters together, Sam and Lola. However, Denise does admit that there were a few things that did factor into her decision to leave Charlie.

She said, “I said to myself, ‘Would I want my daughters married to this man?’ No offense to him but I think he would take that and understand what I’m saying, and that’s when I was like, ‘Well, why am I accepting this?’”

Denise also said that she did what she had to in order to protect her children from Charlie and his addictions. “I did shelter them a lot, and then they started to get to an age where ‘so and so said this,’ and I lied my ass off and covered for him,” she revealed.

B&B News – Denise Gets Very Candid About Her Divorce

That said, the soap star does admit that she might have gone a little too far in that shelterting, though. “Now as they’re starting to get older, they’re more aware of more things. That’s why I say I don’t know if I did them a disservice when they were younger.”

So far Charlie Sheen himself has not responded to any of Denise’s comments although at this point it’s doubtful that anything will be said.