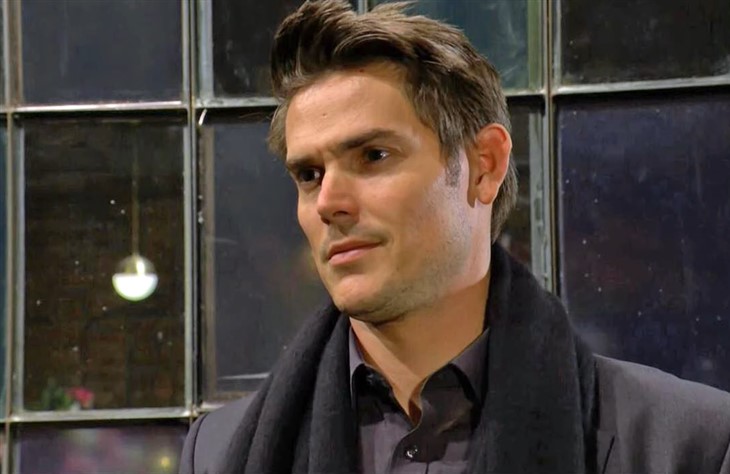 The Young and the Restless spoilers document that Adam Newman (Mark Grossman) wants to bring his father down. So much so that he is willing to find and then feed information to a man who has the power to put the Moustache in jail.

But Genoa City, Wisconsin’s lead detective has no proof to support his theory. That makes Adam’s offer to find it inside the Newman family appealing.

Victor held a meeting at his gorgeous estate that he has long referred to as the Ranch. Hardcore viewers know that the original Ranch has a far more elaborate interior than the replacement does.

Sharon Rosales (Sharon Case) set fire to Victor’s property ages ago in soapy time. But the focus within this section about Victor’s castle is to reinforce that Braeden’s character believes he is a king.

Chance told Victor he will not bow to him, with the Moustache’s appreciative acknowledgment that his son-in-law is a good guy. Victor values Chance’s morality though he does not subscribe to any similar code.

Nick Newman (Joshua Morrow) told Sharon that he is not mad at his father because he knows Victor can not help himself. The security team took Ashland’s body from Victoria Newman’s (Amelia Heinle) living room when she followed Nick out of the house.

Viewers can question what would have happened if Nick did not feel compelled to get some air. Victor could not have known that Victoria’s living room would have been empty.

So, the plot is orchestrated, and Victor’s orders were invented in haste. The fear that drove him to protect his oldest children put him in legal jeopardy. But Victor’s other mistake was admitting to Nick what happened.

The Young And The Restless Spoilers – Adam Newman Gains Leverage

If Adam can determine what Victor did, he could facilitate his father’s arrest. But if Adam also learns that Nick, Victoria, and Nikki Newman (Melody Thomas Scott) are accessories after the fact, then he will have massive leverage.

Adam could tell Chance what he knows, use it to force Victor to give him a power position at Newman Enterprises or protect the Newmans.

Grossman’s character was on a redemptive path until Victor restored Victoria as Chief Executive Officer. Adam’s pattern has been to attack family when he does not get his way. But will he revert to form or prove his loyalty?