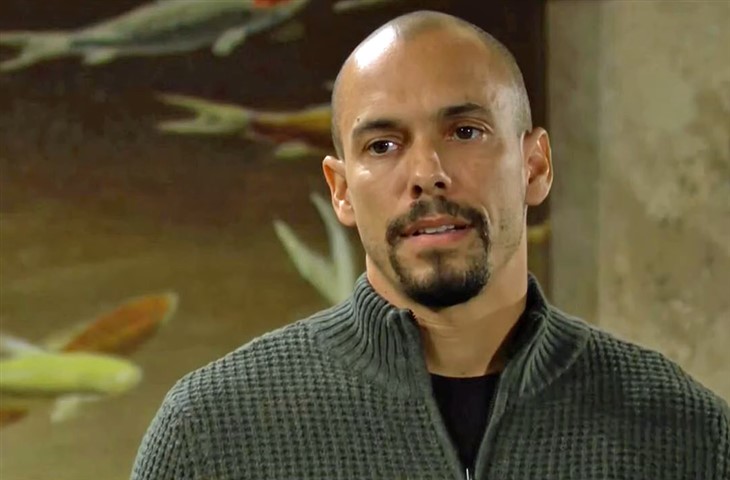 The Young and the Restless spoilers document that Devon Hamilton (Bryton James) is increasingly, visibly agitated by the presence of Nate Hastings (Sean Dominic). Viewers were given inside access to Devon’s psyche in the recent past, with his retrospective memories providing evidence of his true feelings.

Nate fell in love with Elena Dawson (Brytni Sarpy). She found him attractive. But the realization of their bond, that happened at the New Hope clinic, was wrong because she was committed to Devon at the time.

However, everyone knows that Devon quickly re-paired with Amanda Sinclair (Mishael Morgan), who appears to be his second soul mate.

The Young And The Restless Spoilers – Hilary Hamilton Was The First

Devoted viewers recall that Roxanne (no last name known for the character played by Tatyana Ali) was Devon’s longtime girlfriend. But the length of their connection, which stretched from the mid 2000s to the mid 2010s, never went anywhere.

It appeared TPTB were not interested in developing that aspect of James’ character. He did have other love interests, but it was not until Hilary entered the picture that Devon’s romantic life became a focal point.

Hilary was his adoptive father’s (Neil Winters, Kristoff St. John) wife when they fell in love. That story line history is not lost on Y&R’s devotees or Nate.

No one is questioning if Devon and Elena loved each other. They did and still care about each other.

But Elena appears to have been, unless a reveal proves otherwise, to be one of Devon’s loves rather than Hilary’s successor soul mate to Hilary.

Dawson’s character came into Devon’s life while he was working his way through the stages of grief. Hilary’s tragic passing devastated him, and Elena became the person who helped him to move on.

Devon is the reason why Nate is currently unable to perform surgery. Devon’s vicious physical attack, due to his learning of Elena’s connection with Dominic’s character, forced Nate away from his profession.

The Young and the Restless Spoilers: Joshua Morrow Explains Why Nick Was In Such A Good Mood At Mariah And Tessa’s Wedding #yr #youngandrestlesshttps://t.co/kyMfLEvv9G

Hopefully, some soapy magic can allow Nate to return to the vocation he and his mother, Olivia Hastings (Tonya Lee Williams), share. But in lieu of or until that revival happens, Nate should return to medicine.

Nate could work in the business world if he really wants to do so. But he will remain in an untenable position while working under his cousin, who has unresolved issues and is choosing to lash out at him with perceived impunity.