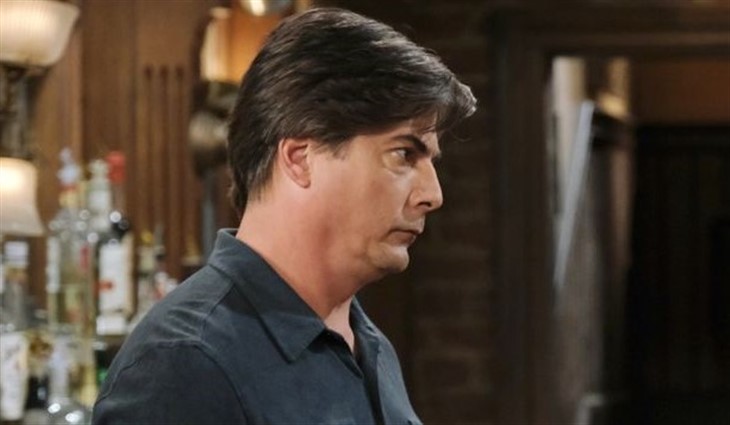 Days of Our Lives spoilers for August 15-29, 2022, reveal Lucas Horton facing the music for his crimes, but will anyone else do the same?

Although the DAYS writers had no idea who kidnapped Sami Brady (Allison Sweeney) when she was first taken last year, they decided Lucas Horton (Bryan R. Dattilo) would be the culprit and after months of hiding the truth, it finally came out as he nearly married Sami again.

Needless to say, Sami dumped him at the alter, and their daughter, Allie Horton (Lindsay Arnold), was horrified. Now, Lucas finally pleads guilty to the come he let EJ DiMera (Daniel Feuerriegel) pay for already and Kate Roberts (Lauren Koslow), along with Allie, are the only ones by his side to see him off to Statesville.

Meanwhile, Leo Stark (Greg Rikaart) hopes he doesn’t end up in Statesville himself when Rafe Hernandez (Galen Gering) informs him that his fingerprints were found all over items in the DiMera tunnels. To save his own self, Leo decides to make a startling confession.

DOOL Spoilers – Alexander Kiriakis Gets Around

Allie has a big week. She watches her dad to go prison and she and Chanel Dupree (Raven Bowens) go on a date with Alexander Kiriakis (Robert Scott Wilson). He seems to enjoy being there with this couple and then suggests they all go back to his place for some fun.

How will Allie and Chanel react to such a suggestion? It’s not something they expected and they are not even sure if Alex is kidding with them or not. Justin Kiriakis (Wally Kurth) and Adrienne Kirikis’ (Judi Evans) oldest son is definitely daring and interesting.

Days Of Our Lives Spoilers – Other Salem Happenings

Kristen DiMera (Stacy Haiduk) is bothered when it seems to be taking too long for Dr. Wilhelm Rolf (Richard Wharton) to wake Stefano O. DiMera (Brandon Barash) up, but Li Shin (Remington Hoffman) is making sure that is delayed as his feelings for Gabi Hernandez (Camila Banus) seem to border on obsession. Li may also be the one who has to calm down Kristen. Stay tuned to Days of Our Lives weekdays to see how these stories play out.