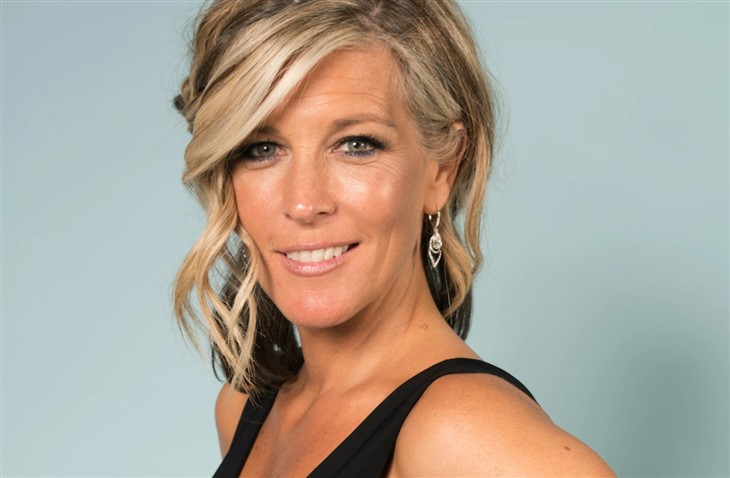 General Hospital star Laura Wright (Carly Corinthos) just joined those mourning the death of Another World alum Anne Heche. Wright turned to Twitter to pay tribute to Anne. Heche passed away at the age of 53, just one week after a horrific car crash.

Learn what the General Hospital star shared on Twitter. And discover how fans of Anne as well as her son reacted. Plus: Check out the video below showing Anne Heche on Another World.

“So tragic and heartbreaking 💔 . @AnneHeche,” tweeted the General Hospital star. And Laura used the hashtag #daytime to reference Anne’s memorable role on Another World. For the photo, Wright shared a throwback image of Heche’s Another World appearance.

And many of Laura’s followers joined her in mourning the tragic loss. For instance, one wrote, “Hopefully, she now has peace. It seems she fought hard against a lot of demons. One being that of addiction which I know all too well. But, by the grace of god go I. I wish she could have found happiness. But, it happens to many and especially those with mental illness. A sad day.”

Many daytime soap fans joined in paying tribute to Anne’s role on Another World. For instance, a TV Line columnist noted, “In her 35-year career, [Anne Heche did] everything from blockbusters to indie films and enough television to fill a network’s schedule for a week. For me, the blank is filled in with Another World.”

When Anne debuted on Another World in 1987, she faced a challenge. Heche replaced Emmy winning actress Ellen Wheeler. And Anne also needed to portray two roles in playing twins Victoria and Marley Hudson.

But Heche didn’t let her inexperience slow her down. And she stunned viewers and critics in differentiating between Marley and Victoria. As a result, Anne received the Daytime Emmy Award for Outstanding Younger Actress in a Drama Series in 1991.

In the wake of Heche’s death, perhaps her son, 20-year-old Homer Laffoon, summed up the heartbreak best. “We have lost a bright light,” he shared via CNN And Homer honored his mother as “a kind and most joyful soul, a loving mother, and a loyal friend.” But Laffoon also mourned his loss.

“My brother Atlas and I lost our Mom,” shared Anne’s son.” After six days of almost unbelievable emotional swings, I am left with a deep, wordless sadness. Hopefully my mom is free from pain and beginning to explore what I like to imagine as her eternal freedom.”

Check out the video below showing Anne Heche on Another World. And tell us about your memories of her acting career. Then visit our site again for more General Hospital news!