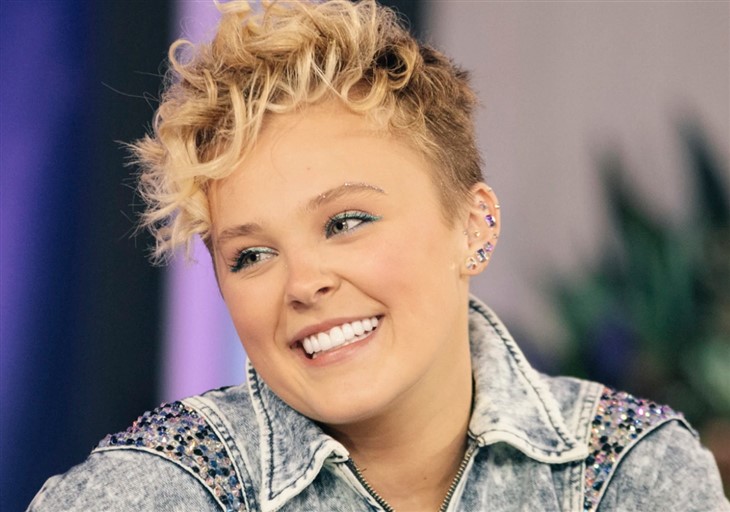 Dancing With The Stars fans really hoped that JoJo Siwa would win her season on ABC. However, the Mirror Ball Trophy went to  Iman Shumpert. Well, she moved on and she seemed to go through some ups and downs with her relationship with girlfriend Kylie Prew. But now that rumors started that she expects a baby, she seems over it.

When the DTWS hopeful from Dance Moms first arrived on the rehearsal stage, ABC fans were angry. Actually, they lambasted ABC for letting a professional dancer compete. However, her dancing seemed really good. So, plenty of people liked it when she did very well. So, those same fans were really angry about Iman Shumpert taking the trophy.

Dancing With The Stars fans worried that JoJo might not be in a good place when they heard about the split from Kylie. But in March, she hinted at another relationship. Additionally, she claimed that she remained friendly with Kylie. But, the new relationship seems a bit soon to be falling pregnant. So, where did the pregnancy rumors come from?

TV Shows Ace dug around and discovered that the rumors seemed to start on Twitter.  The outlet noted that “a user on Twitter notes that people think JoJo is pregnant because toasts with water instead of wine.”  However, common sense prevails and someone pointed out that she’s actually not old enough to legally drink wine.

Hearing about the rumor. the Dancing With The Stars alum just shook her head and looked incredulous on TikTok. In her caption, she said, “I got out of gymnastics and found out the news this is a good one.” Plus, she said that“apparently, I’m pregnant.”

One Dancing With The Stars fan who heard the rumor about  JoJo Siwa initially thought that she had come to confirm her pregnancy news. But clearly, she isn’t. Some fans laughed at the irony of her hearing news about herself that she wasn’t even aware of.

One follower wrote, “wellll congratulations!! 🤣🤣🤣🤣🤣 I swear u find out something new about yourself Everytime u open this app!! 😂😂.”

Equally sarcastic, another follower said, “Let’s start scheduling play dates now. Can I be at the birth? Ella says she’ll catch the baby 😂.”

Meanwhile, a comment that got a lot of likes said, “I’m just going to say “Congratulations” because I’m too old to know what’s real or not anymore. 😂.”