The Bold And The Beautiful Spoilers: A Custody Battle Is Brewing Between Hope And Thomas 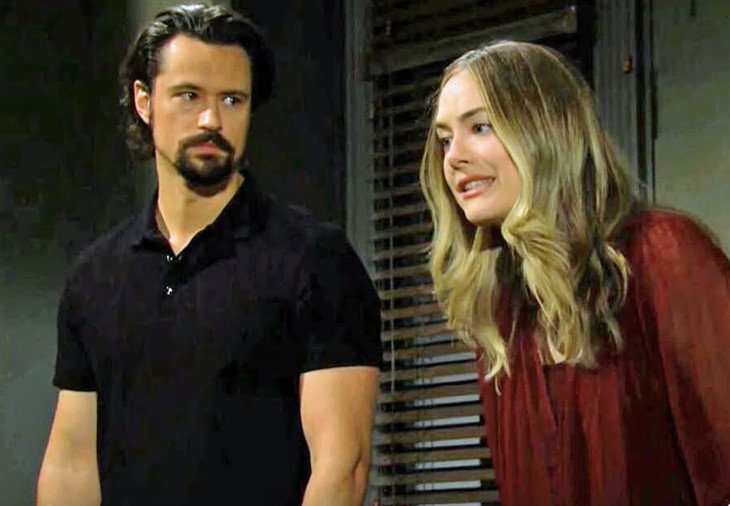 The Bold and the Beautiful spoilers say that a custody battle might be brewing between Hope and Thomas in the coming weeks. That’s because Thomas believes that his son Douglas Forrester is better off with him. Here’s what you need to know.

According to the latest B&B spoilers, Thomas discusses the possibility of Douglas moving back in with him to Hope and Liam. And of course, Hope wants to keep the young boy with her.

Of course, it didn’t take long at all for both The Bold and the Beautiful fans and critics to weigh in on the matter. Many of them wrote on social media, “If Hope doesn’t want Thomas the child abuser to be the primary caregiver of her son, she has every right to feel that way, I hope Bell will not diminish Hope’s role and legal rights when it comes to Douglas, if y’all doing this I want to see a custody battle,” along with, “No she doesn’t because that is not her son. Douglas is Thomas’s son. Thomas will win custody so fast because he is a great provider for his child and Douglas wants to be with his father.”

Another fan wrote, “Douglas isn’t Beth’s sister. Hope also isn’t Douglas’s Mother. They had a temporary custody agreement and it’s well past time Thomas gets his son back. Time Douglas was reunited with his Dad permanently. Why he ever went to Hope is beyond me. Steffy or Ridge could’ve stepped in easily while Thomas got ‘better.’”

B&B Spoilers – Who Is The Better Parent For Douglas?

And then there was this comment, “This is another reason why I just can’t with HOpeless Logan & Sleeziam Spencer. He is not your child, his father is fully capable of taking care of him & he’ll no doubtedly have help from his grandmother Queen Taylor.”