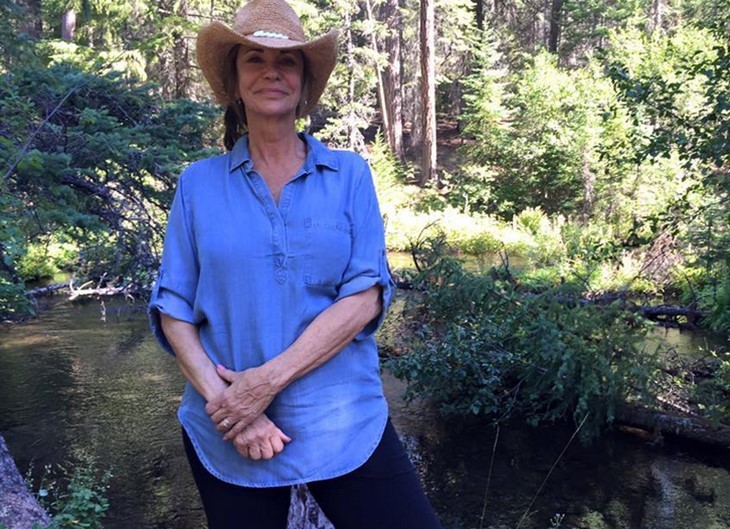 The Young and the Restless spoilers and updates tease that Jess Walton marks the first death anniversary of her husband of forty years, John James. She lost him a year ago after he suffered a short illness with terminal liver cancer.

The actress took to social media as she marked this difficult milestone in her life. In her Instagram post, Walton recalled that it had been a year since she lost her husband, who was also the founder and president of the Grief Recovery Institute.

“It’s been a year since I lost the love of my life. He was the best thing that ever happened to me, and his death was the worst. But oh my God, I had 40 years of this extraordinary man! Thank you, John James, for loving me and sharing your life with me,” she posted.

Many of her friends and colleagues left comments to support Walton as she commemorated the passing of her beloved husband. Daniel Goddard, who used to play Cain Ashby wrote, “How is it been a year! You are loved by so many and so was John.”

“I love you Jess!! ❤️ John was an original. A beautiful man. Your union was precious,” as per Michelle Stafford who plays Phyllis Summers.

Laura Bell also offered her support along with Eileen Davidson and Bryton James.

Spoilers hint that Kevin Fisher (Greg Rikaart) will meet Chance Chancellor (Conner Floyd) at Crimson Lights, where he’ll give him updates about the missing security footage, which he managed to recover and rebuild.

In the video, they’ll get confirmation that Ashland Locke (Robert Newman) owned the car at the gas station. Although Chance and Kevin are unable to identify the person who was behind the wheel, they’ll discover that the mystery person may have left some evidence behind as he tried to cover his tracks. Chance will hope that he has enough proof after Kevin suggests that one of Victor Newman’s (Eric Braeden) guards is a smoker.

As for Mariah Copeland (Camryn Grimes) and Faith Newman (Reylynn Caster), they’ll both return from dorm shopping, and Sharon Rosales (Sharon Case) will check out the things they bought. Tessa Porter (Cait Fairbanks) will also share that the doctor has cleared her to talk a bit. Later on, Tessa shares with Sharon her fears of not being able to sing again. The latter will continue to encourage her to remain positive and to consider taking the Marchetti modeling job offer.