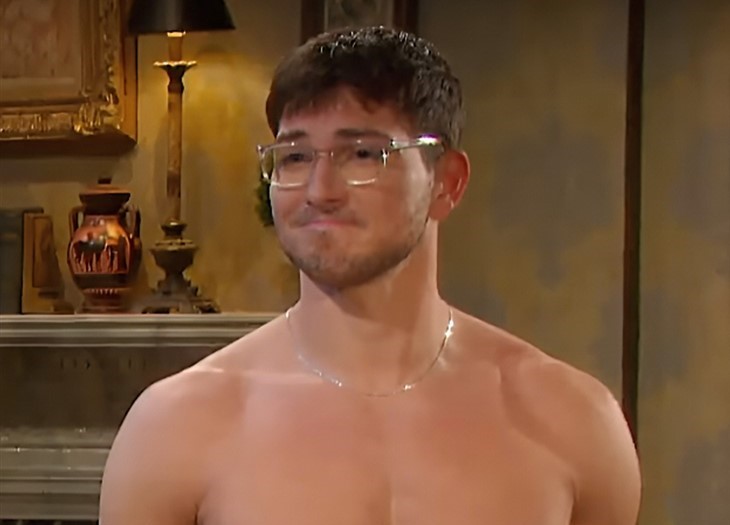 Days of Our Lives spoilers and updates tease that Alex Kiriakis (Robert Scott Wilson) is conning his younger half-brother Sonny Kiriakis (Zach Tinker). The big question is, Sonny’s got it going on and pegged Leo Stark (Greg Rikaart) as trouble the first time he saw him; so can Sonny really be this gullible?

Days Of Our Lives Spoilers – Alex Kiriakis Can Be A Kidder

Sonny hadn’t seen Alex in years, and neither had anyone else in Salem; he left town and relocated out west. Sonny knows that Alex can be a kidder and he is very good at it – recalling the rather mean trick he pulled when he first arrived. Alex had blamed Bonnie Lockhart (Judi Evans) for the death of his mother, Anjelica Deveraux (most recently Judith Chapman) and really had them going.

Both Sonny and Bonnie were really getting upset until he admitted he was giving them a bad time and forgave it all years ago, having blamed Sonny for something too. Because Alex is so good at putting on an act when he’s kidding about something, it would be easy for Sonny not to see through a con.

DOOL Spoilers – Alex Kiriakis Has Been Pulling A Con

There’s a good chance Alex has been pulling a con about everything since he returned to Salem, claiming he was tired of working with his other brothers out west. Another thing he’s likely fooling everyone about is exactly how he got the job that Sonny had tried to give to Chad DiMera (Billy Flynn). Sonny should watch his back and his job because there’s a good chance that Alex is as duplicitous as a DiMera, and he just might be after Sonny’s job. After all, Victor Kiriakis (John Aniston) hasn’t confirmed to Sonny that the job he was trying to secure for Chad has been filled, and that’s a good distraction. Sonny wouldn’t think to check with Victor if what Alex told him really is true.

Days Of Our Lives Spoilers – Will Sonny Kiriakis See Through His Brother?

Will Sonny see through his brother and his cons before he does much more damage to the family and possibly to Titan Enterprises? If Alex can fool their father, Justin Kiriakis (Wally Kurth) he can fool anyone; Alex takes great liberties with his wild lifestyle. He’s already endeared himself to Maggie Kiriakis (Suzanne Rogers) although she has been shocked by some of the freewheeling things he’s done.