The Bold And The Beautiful Spoilers: Taylor Can Not Relent – Brooke Relies On Perceived Destiny 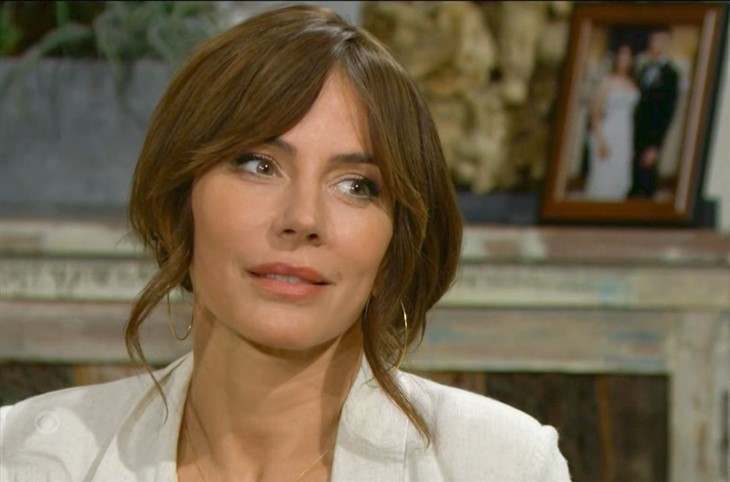 The Bold and the Beautiful spoilers document that Taylor Hayes (Krista Allen) has an unexpected opportunity. The kiss she shared with Ridge Forrester (Thorsten Kaye) in Monaco felt like more than two parents being swept up in the soapy moment.

Brooke Logan Forrester (Katherine Kelly Lang) is trying to stay positive. She admitted to Hope Spencer (Annika Noelle) and Liam Spencer (Scott Clifton) that Ridge has not fully recommitted to her, which was an odd statement. Why would she feel that way since Ridge recently moved back to the Logan mansion, said that Taylor was told about his decision, and has not mentioned a subsequent separation?

The Bold And The Beautiful Spoilers – Ridge Forrester’s Emotions Fractured Or Broken?

No matter what happens, Brooke knows that she and Ridge share an undeniably deep past. Their love story arguably ranks among the greatest in daytime. But it also tops lists of those romances that have been the rockiest.

Eight marriages after they first laid eyes on each other in 1987, Ridge and Brooke have still not determined how to get along indefinitely. Their connection is immature on some unexplainable level.

This couple is goofy in how both halves relate to each other. But within the last year, Brooke has demonstrated that she is committed to Ridge, with Sheila Carter’s (Kimberlin Brown) self-revealed role in the champagne label switch incident assuring Kaye’s character that his Logan did not sabotage their pairing.

Brooke is not on an apology tour. Sheila caused trouble in Brooke and Ridge’s relationship because she wanted Taylor to benefit.

If Ridge again opts to keep both ladies in a holding pattern, fans will be forced to wonder how much Brooke can tolerate. She needs to be as forceful as possible because Ridge apparently needs her to tell him what to do.

In some regards, Ridge is like his son-in-law, Liam, who was incapable of choosing between Hope and Steffy Forrester (her last name at that time in the plot, as played by Jacqueline MacInnes Wood). Steffy eventually had to tell Liam to leave her and return to Hope, where he has remained.

The Bold And The Beautiful Spoilers – Taylor Hayes Is The Underdog

Taylor believed that she was facing long odds. But she persisted in her desire to reunite what Brooke calls Ridge’s other family.

Steffy told her father, in front of Taylor and Thomas Forrester (Matthew Atkinson), about the Monaco kiss. Taylor’s awkward response was followed by Ridge attempting to explain away what happened.

It is telling that Ridge has not flatly denied a reunion with Taylor is possible. He seemingly did that in the recent past.

Ridge and Taylor’s surprising moment of passion may have resurrected a seeming lost cause. The next handful of weeks should determine if a triangle has reemerged on B&B.