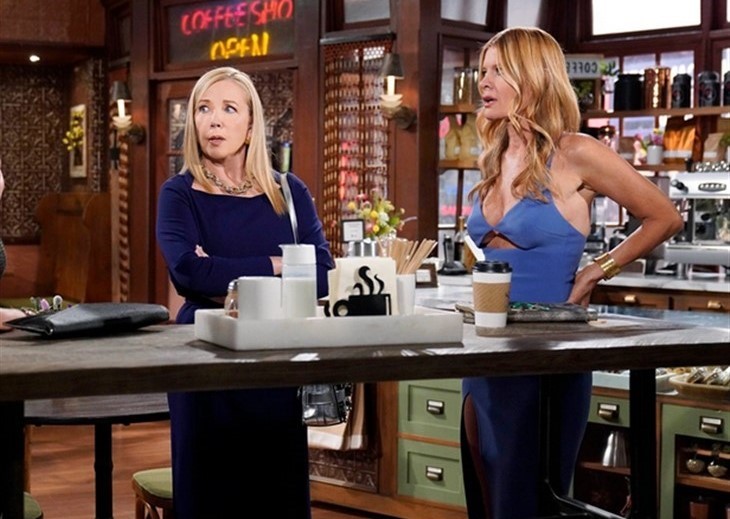 The Young and the Restless spoilers reveal Phyllis putting pressure on Nikki to come up with something dirty and damaging on Diane already. It’s taking way too long for Phyllis’ taste and patience.

The Young And The Restless Spoilers – Phyllis Newman Wants Answers

It’s Phyllis Summers’ (Michelle Stafford) singular goal to find anything horrible she can about Diane Jenkins (Susan Walters) so she can bring the evidence to Jack Abbott (Peter Bergman) and show him the error of his ways trusting Diane. She didn’t lose Jack this time for no reason and she knows if she can get to some hidden truth all will be revealed and all will be well.

Phyllis thought she had a compatriot in Nikki Newman (Melody Thomas Scott) but not Phyllis isn’t sure that Nikki is as dedicated as she is to bringing Diane down once and for all. Well, Nikki has now been issued a challenge so she has to follow through. To that end, she brings out the big guns.

Y&R Spoilers – Nikki Newman Gets A Reporters On Their Side

Nikki is also a little perturbed by Phyllis because now Phyllis is also being too slow, so neither of these ladies can agree. Finally, Nikki takes the bull by the horns and brings in a journalist named Talia (Natalie Morales) who is based in Los Angeles and is determined to find out all she can about Taylor Jensen, the name Diane used when she was living in LA while everyone in Genoa City thought she was dead.

Phyllis is excited about this meeting but is thrilled with how thorough Thalia wants to be. It’s a good thing this is happening now because soon it might be too late to get Jack to see anything. He seems completely smitten by Diane once again because Jack can’t seem to make a smart decision about a woman except for Phyllis, at least in Phyllis’ mind.

But maybe that should be in everyone’s mind if Talia really does come up with a bombshell. Is Jack falling for another con just like he fell for Sally Spectra’s (Courtney Hope) cons? And didn’t a woman named Kerry con him before that? What exactly is wrong with Jack these days anyway? Stay tuned to The Young and the Restless weekdays to find out.