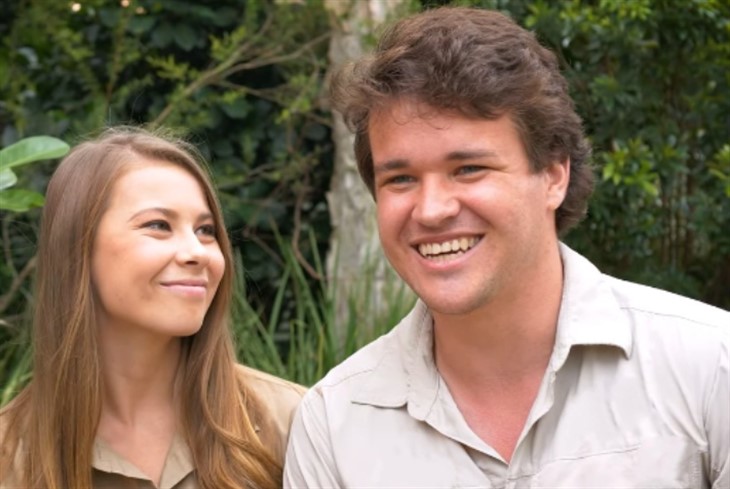 Season 21 of Dancing With The Stars (DWTS) saw popular Bindi Irwin and Derek Hough win the 2015 Mirror Ball Trophy. Of course, she built her brand and a name for herself since then. Her dad, Crocodile Hunter Steve Irwin, left a huge legacy for her to follow. But for now, she’s busy spoiling her husband, Chandler Powell.

When fans saw the Australian in DWTS, she was only seventeen years old. While she and Derek Hough got along like a house on fire, ugly rums arrived that Chandler didn’t like it. Of course, they were not married at the time, and fans feared his jealousy would end their relationship. But that tuned out wrong. In March of 2020, they tied the knot and honored her late father during the ceremony.

Dancing With The Stars fans took her into their hearts in a hurry. Actually, she seemed terrified of the judges shredding her. Half joking, she said that she feared their lack of approval more than “crocodiles.” These days, she’s a powerhouse in conservation and has a string of roles behind her on the screen. With their daughter Grace, the couple seems set on continuing her dad’s legacy.

Dancing With The Stars – Bindi Tends To Chandler After Surgery

The two famous faces share a page on Instagram, and the news that Chandler had surgery came from both of them. Ahead of the weekend, a photo of him I’m bed with his wife hovering nearby revealed that he had his tonsils removed. Actually, it’s not much fun as any kid who ever had that done can tell you.

The Dancing With The Stars winner looked very sweet with her big smile for the camera. But, Chandler Powell didn’t look as happy as he sat propped up with a large pillow. In the caption, he said, “Just wanted to write a note to my amazing wife❤️. I had to get my tonsils out and she has been taking the best care of me.”

Dancing With The Stars fans also heard that while Bindi Irwin dedicates some time to her ailing husband, her mom also stepped up. Apparently, she’s taking care of their daughter Grace. The caption noted, “thank you Bunny (my awesome mum-in-law) for taking care of Grace while we’ve been in the hospital and I’ve been recovering.”

Next, he told his wife how much he loves her. Of course, many people sent in their best wishes for a fast recovery.

Be sure to check with us often for everything happening with the cast of DWTS. Come back here often for more Dancing With The Stars spoilers, news, and updates.