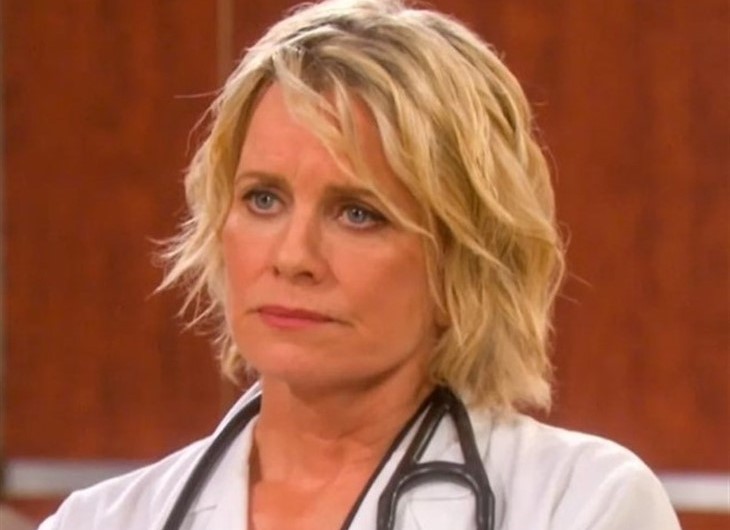 Days of Our Lives spoilers and updates tease that Kayla Johnson (Mary Beth Evans) will receive an unexpected gift from Orpheus (George Del Hoyo). Any gift from Orpheus would frighten Kayla, but when Steve Johnson (Stephen Nichols) finds out about it, he’ll explode!

Days Of Our Lives Spoilers – History Repeating Itself?

Steve and Kayla will never trust Orpheus, once known as Milo Harp and a former ISA agent who was Roman Brady’s (Josh Taylor) partner. Years ago, he kidnapped Kayla and held her hostage, and Steve as well but his main agenda was against the Brady family. He blamed Roman for the death of his wife, Rebecca (uncast mentioned character), and took revenge on his whole family including Marlena Evans (Deidre Hall).

One time he even blew up Roman’s house with Marlena inside and staged it to look like she died; in reality, he had kidnapped her to Europe. This was when he forced Marlena to raise his two small children for a time, who grew up to be Evan Frears (Brock Kelly) and Zoey Burge (Kelly Thiebaud).

Orpheus definitely has an evil agenda but he just hasn’t revealed it yet; everyone knows it and is on their guard. Orpheus won’t be taken seriously as sending a gift of apology because Steve, John Black (Drake Hogestyn) and anyone else who knows him won’t buy that he’s changed. The only reason Orpheus got himself and several others sprung from prison and given pardons is because he hacked into the computer system and blackmailed the governor. Patch and John would like nothing better than to get rid of Orpheus for good because they know darn well nothing will ever come from Orpheus that is good. They will both be sure to take him to task for this so-called goodwill gift to Kayla, which likely will remain unopened and given to the bomb squad.

Days Of Our Lives Spoilers – There Has To Be A Way

Patch, John and Roman are all upset that Orpheus is out and on the loose, but even more upset that he’s turned his attention to Kayla. It was bad enough he convinced Marlena to counsel Evan before Shawn Brady (Brandon Beemer) turned over the baby and it seems like the vendetta against the Bradys has continued.  None of them will ever trust that Orpheus is trying to redeem himself, the thought of it is utterly absurd.

They all agree there has to be a way to deal with Orpheus permanently before he wreaks more mayhem. They have to find a way to trip him up – criminals always make that one mistake that leads to their incarceration.