The Bold And The Beautiful Spoilers: Hope’s Family Contracts Or Expands? – Thomas’ Plan Has Merit 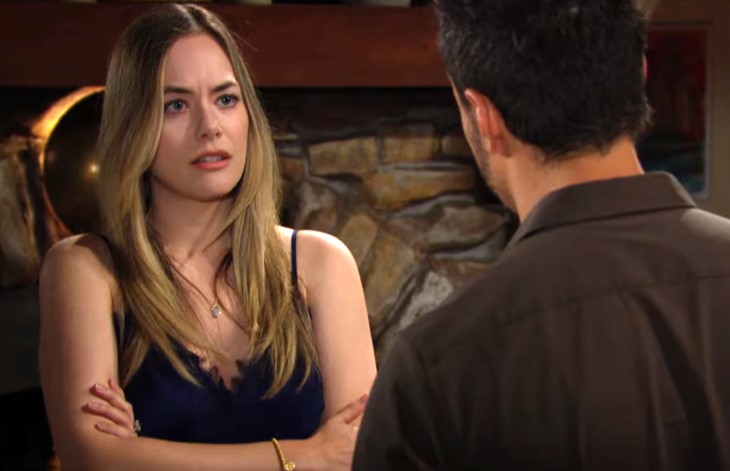 The Bold and the Beautiful spoilers document that Hope Spencer (Annika Noelle) is upset by Thomas Forrester’s (Matthew Atkinson) desire to have their son live with him. This change of heart is not sudden, as Thomas has been thinking about resuming his full-time parental duties for a while.

Thomas senses that Douglas Forrester (Django Ferri) needs him. Recent scenes and teasers indicate the recast character Ferri now plays (with Henry Joseph Samiri) departing the role he held since 2019) will decide to live with his dad.

The Bold And The Beautiful News: Rena Sofer Opens Up About Quinn’s Strengths And Weaknesses

Hope is a warm-hearted person. Thomas selected her as the woman he wanted to become Douglas’ mother after Caroline Spencer (Linsey Godfrey) tragically died.

Thomas’ revived mental health problems followed Hope’s decision to adopt Douglas. That proved Thomas’, despite his instability, knew what was best for his son.

Douglas instantly bonded with Hope after arriving from New York. He came to accept her as his mom while also honoring his mother in heaven. So, Thomas’ efforts clearly succeeded.

Hope loves Liam Spencer (Scott Clifton), with their three marriages serving as soapy evidence. The most recent union included his acceptance of Douglas into their family, which includes Beth Spencer (Madeline Valdez and River Davidson).

Some recent alone time and developing plot lines imply that Hope and Liam could become parents sometime next year. A pregnancy would dovetail nicely with the story line.

Hope is strong enough to handle the projected change, while Douglas’ absence at the cabin would have an impact. She and Liam can focus on Beth while potentially receiving advance notice from the stork.

The Bold And The Beautiful Spoilers – Thomas Forrester Has Healed

Thomas appears to have healed and is dedicated to being a good father. He certainly wants Douglas to continue spending regular time with Hope, Liam, and Beth.

The obsession with Hope, jealousy of Liam, use of Zoe Buckingham (Kiara Barnes), and other negative actions are hopefully part of Thomas’ past. But this is daytime, and Atkinson is great at playing the bad guy.

The Douglas decision could be a setup for drama, or the writing staff might be continuing what seems to be Thomas’ maturity on B&B.