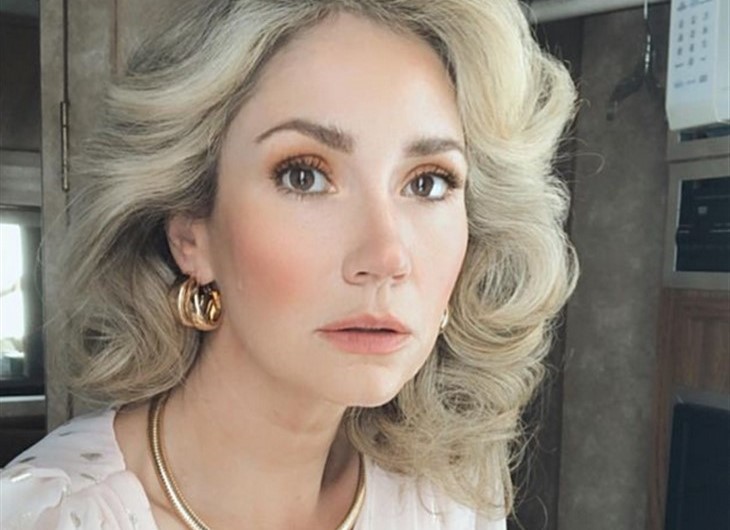 The Bold and the Beautiful spoilers and updates tease that Ashley Jones recently added another title to her list of primetime gigs. The actress recently appeared in an episode of Dynasty.

Jones, who appears on The Bold and the Beautiful as Bridget Forrester in a recurring capacity, played the role of Gemma on the primetime gig. The episode, which had the title Bug a drug Scandal, aired on August 12. The episode was penned by Sallie Patric, Stephanie, Savage, and Josh Schwarz, to name a few, and directed by Elizabeth Gillies.

Aside from The Bold and the Beautiful, Jones also appeared on General Hospital as Parker Forsyth and Megan Dennison on The Young and the Restless. Not only that, but she also stepped behind the camera to direct a movie for Lifetime.

If there’s one thing that Taylor Hayes (Krista Allen) can’t stand, it’s when Steffy Forrester (Jacqueline MacInnes Wood) tries to put too much pressure on Ridge Forrester (Thorsten Kaye). Steffy believes Ridge should leave Brooke Forrester (Katherine Kelly Lang) and get back with her mom, Taylor.

Ridge may not be ready to admit his feelings but that doesn’t mean it isn’t true. Perhaps, Ridge is just trying to find the right time to tell Brooke about the kiss in Monaco. It’ll be a tough conversation and he can only hope that Brooke would understand his situation.

Meanwhile, Li Finnegan (Naomi Matsuda) will open up to Bill Spencer (Don Diamont) about her past. She reflected on her fractured marriage with Jack Finnegan (Ted King) and how he had an affair with Sheila Carter (Kimberlin Brown), which led to the conception of John “Finn” Finnegan (Tanner Novlan). As if the betrayal wasn’t enough, Jack passed Finn as a random child that Li adopted.

Li and Bill will develop a stronger and closer bond, so fans will just have to wait and see if it will turn into a romantic connection.

Thomas Forrester (Matthew Atkinson) wants to be with Douglas Forrester (Django Ferri), which means he wants the latter to move in with him. Steffy agrees and encourages him to fight for Douglas’ custody. Thomas knows that he’s risking hurting Hope Spencer (Annika Noelle) but Steffy will insist that he should prioritize being a father above all else.