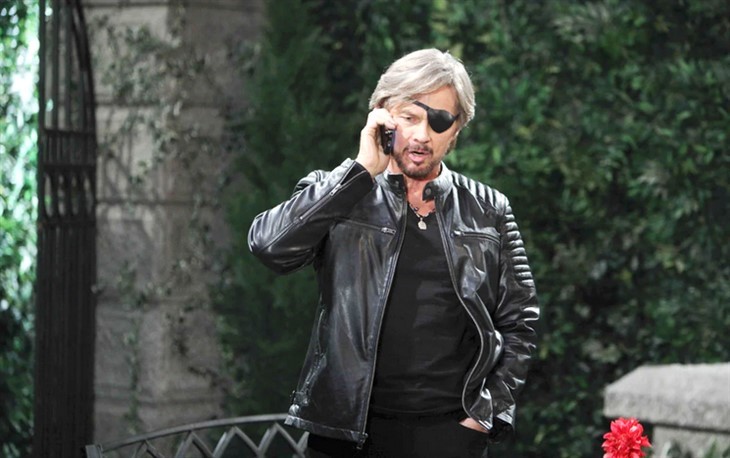 Days of Our Lives spoilers indicate that Steve Johnson (Stephen Nichols) may have an issue with Stephanie Johnson’s (Abigail Klein) new relationship with Chad Dimera (Billy Flynn). Does Steve want Stephanie to steer clear of Chad and the rest of the Dimeras?
Stephanie Johnson May Be Attracted To Chad Dimera

Days Of Our Lives spoilers suggest that Stephanie and Chad could become very close after her return to Salem. Stephanie wanted to reconnect with Chad after Abby Dimera’s (Marci Miller) death to offer him support. However, it seems that Chad and Stephanie will discover an attraction that pulls them closer. Will Steve be able to accept his daughter with his niece’s former husband?

Chad may be the “good Dimera” but that doesn’t come close to making him safe. Look at how much trouble Abby had while married into this family. Abby ended up with mental health problems because of her connection to the Dimera family. Abby even killed someone during an episode with one of her multiple personalities. Steve wants to save his daughter from a similar fate.

Days of Our Lives Stephanie could be very good for Chad’s children. However, Stephanie could also be hurt if they split up after this. Will Stephanie get in over her head with Chad and the kids? Is Chad ready to move on so close to Abby’s death? Stephanie may become more attached to the children than she needs to at this time.

Does Stephanie care for the kids more than she does Chad? Perhaps Steve sees this and knows it spells disaster. Steve may be afraid that his daughter would get hurt because of this. Why should Stephanie be putting her all into a relationship this new already? Should Stephanie simply slow things down? Are Stephanie and Chad rushing things?

Steve loves his daughter and is trying to protect her. However, Stephanie is an adult and has to make her own decisions. Will Stephanie ignore her father’s warnings and move on into this relationship full force? Is Stephanie what Chad and the kids need at this time? It is very nice to have Stephanie back home, Steve cannot deny that. Is Steve ready to see his daughter with a Dimera though?

Abby would be happy that her cousin is helping to raise her children. Can Stephanie safely be in a relationship with Chad? Will Stephanie’s parents, especially Steve trust Stephanie’s judgment when it comes to Chad?