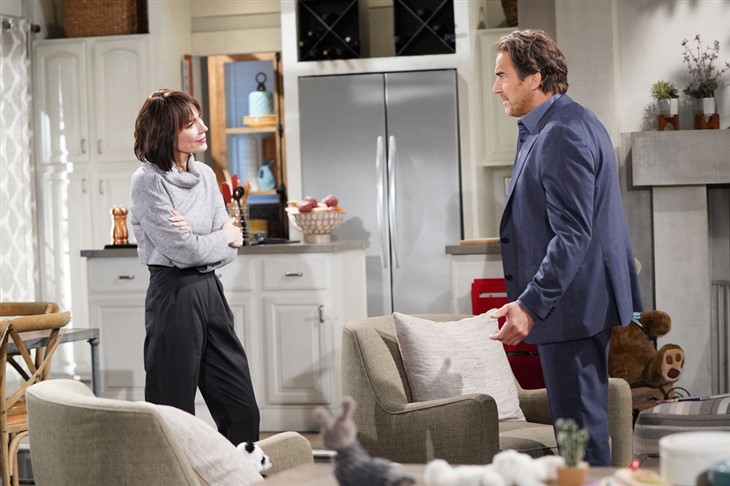 The Bold and the Beautiful spoilers document that Ridge Forrester (Thorsten Kaye) knows that life is different now than it was years ago. So are his feelings, as Taylor Hayes (Krista Allen) drew out.

The kiss this one-time and possibly again couple shared in Monaco was not a one-off. Instead, it was the latest potential momentum step toward the reconciliation of one of this show’s arguably greatest couples.

However, any B&B fan must admit that Brooke Logan Forrester’s (Katherine Kelly Lang) opinion about her coupling with Ridge being dominant can not be dismissed. Yet, their deep history and many breaks offer a clear opportunity for Taylor to realize her dream.

The Bold And The Beautiful Spoilers: Hope’s Family Contracts Or Expands? – Thomas’ Plan Has Merit

Devoted fans were aware of the dialogue wink concerning both characters being different than when they were married. Ronn Moss (Ridge) and Hunter Tylo (Taylor) embodied the original editions of these characters from when the show first started until Moss retired in 2012.

The recast to Allen last year implied an eventual reunion story line. Ridge’s move from the Logan mansion, because of the Deacon Sharpe (Sean Kanan) betrayal, to the cliff house appeared to push the plot.

However, Ridge later decided to reconcile with Brooke. But then John Finn Finnegan (Tanner Novlan) was discovered alive, and Monaco happened.

Taylor has not gone full-on after Ridge. Her approach since returning from missionary work in Africa has been supportive.

Ridge’s tell to her and Steffy Forrester Finnegan (Jacqueline MacInnes Wood), regarding Brooke’s reaction to the kiss reveal, produced some comic relief. Steffy and Taylor were giddy, not anticipating Ridge would have told Brooke what happened.

The subsequent conversation Taylor had with Ridge, about him seeming happier at the cliff house than at the Logan mansion, was affirming. But can he make himself leave Brooke?

Hope does not want her mother’s latest marital issues to be impacted by the developing custody storm. But Brooke could create a bad weather scenario if she cajoles Hope to fight Thomas.

Assuming Brooke keeps to her personality pattern and insists Hope fight to retain Douglas at the cabin, Ridge will likely be set off. That conflict would create good soap.