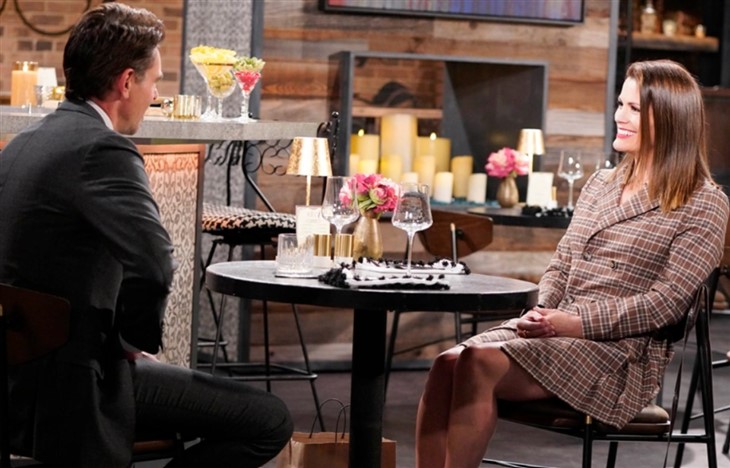 The Young and the Restless (Y&R) spoilers tease that Billy Abbott (Jason Thompson) and Chelsea Lawson (Melissa Claire Egan) are busy working on the podcast but not too busy to flirt and soon take that flirtation to the next level.

It all sounds innocent right? Not so much to the person who catches them in the act!

The Young And The Restless Spoilers – Chelsea Lawson Gets Lucky?

Chelsea Lawson is a hot mess on a good day. She is at loose ends having given up her fashion empire dream and having lost a man who she was crushing on, Rey Rosales (Jordi Vilasuso). Add to that the fact that her eternal go-to guy, Adam Newman (Mark Grossman) seems to be over her. So, in a nutshell Chelsea is vulnerable and when she’s vulnerable she tends to do she-devil things. Enter Billy Boy.

The Young And The Restless Spoilers: Victor Ready For Fight – Ashland’s Plan Working

Adam seemed to have moved on with Sally Spectra (Courtney Hope) but at any rate, he’s not interested in his ex. Chelsea isn’t picky and it looks like working with Billy on his podcast will be the perfect opportunity for her to mix business with pleasure.

And Billy Abbott will not say no, even though he and Lily Winters (Christel Khalil) are living together. It looks like the master dumpster man is about to stick his foot in it again.

Chelsea is Billy’s ex and his baby mama and he knows it is not wise to revisit old territory but Chelsea is doing her darndest to get to first base.

Soon these two will find themselves attracted as they tape The Grinning Soul. He is all puffed up with some success that came entirely by his own hand (and mouth) and you know what they say about pride going before a fall.

Explosive show spoilers tease that Billy and Chelsea kiss on Friday and it makes for a spectacular cliffhanger. Is that because someone sees this forbidden fruit activity and their jaw drops? Will Lily see the confirmation of her worst fears, that Billy is the same old unreliable cheat he has a reputation for being? If so, are the claws about to come out? Meow is all we can say for now!