The Young And The Restless Spoilers: Nate Is Wrong – Abby Is Right 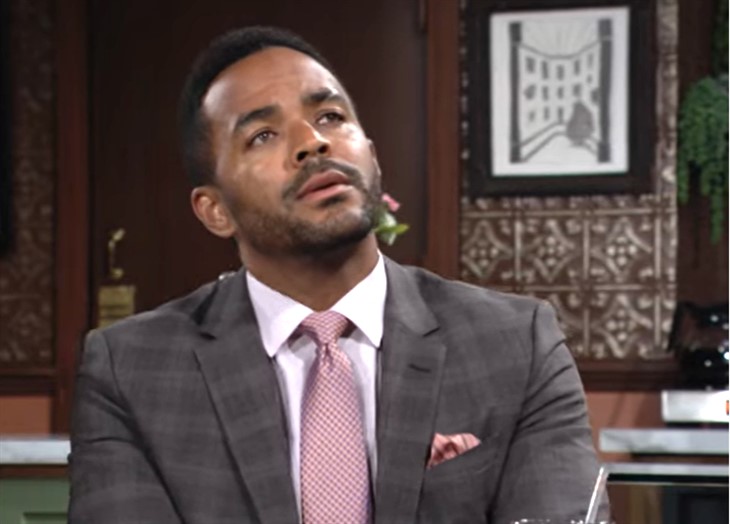 The Young and the Restless spoilers document that Nate Hastings (Sean Dominic) was wronged by Devon Hamilton (Bryton James). Nate’s inability to perform surgery led to him working under his cousin at Chancellor-Winters. He knew Devon was the boss but has not been offering him the respect he is due.

Nate trends toward losing this fight. Lily Winters (Christel Khalil), while seeing both sides, will likely back the power structure.

The Young And The Restless Spoilers: Victor Ready For Fight – Ashland’s Plan Working

The Young And The Restless Spoilers – Nate Hastings Is Headstrong

Nate is accusing Devon of being bull-headed. But Dominic’s character has business experience that can be counted in months, if one includes the supervisory position, he took at Genoa City Memorial Hospital after needing to step away from surgery.

Devon might be set in his ways in early middle-age. But that is his prerogative, as he owns half of CW.

Nate’s assertions are correct, in that Devon was used to being an autonomous head at the Hamilton-Winters Group. But the disrespect and lack of experience Nate is projecting can not be tolerated much longer.

The audience recently saw inside Devon’s mind. He flashed back to the conflict with Nate, including the hard punch he landed on his cousin’s face.

Nate’s fall caused the hand injury. That potentially ended his career as a surgeon. The sudden loss of that developed gift would be hard for anyone to accept.

However, Nate understood that what he did with Elena was wrong. Plus, she left Devon for Nate, which was a gut-punch. Devon appears to be projecting the effects of those emotional scars.

Abby Newman Abbott Chancellor (Melissa Ordway) told her husband she understands his sense of morality. But she also advised Chance Chancellor (Conner Floyd) that he must consider his obligation to family along with whatever rules he follows as an officer.

The Young and the Restless Spoilers: Chelsea Wants Johnny To Know The Truth #yr #youngandrestlesshttps://t.co/YMi1M4UqrX

Chance is teased to compromise in coming weeks. Whether that means Abby’s father and her siblings are let off the hook remains to be seen.

Devon and Nate, along with Abby and Chance, probably will not resolve their issues cleanly. No fan would expect them to, as that would not be good soap.