The Young And The Restless Spoilers: Chelsea’s Maternal Instinct Is Right – Victoria Is Overwhelmed 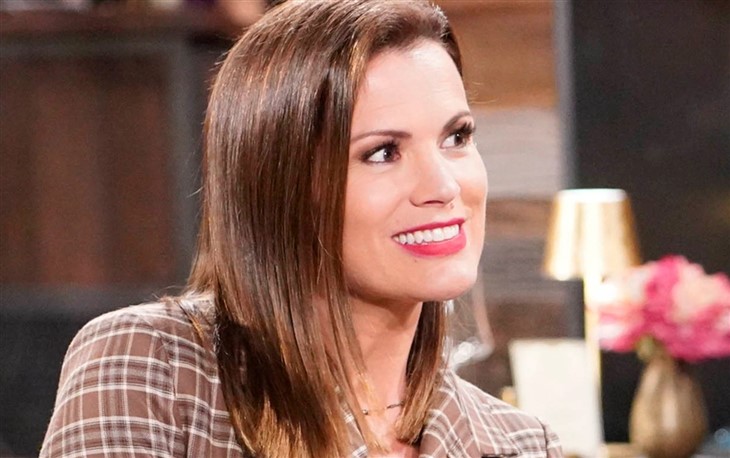 The Young and the Restless spoilers document that Chelsea Lawson (Melissa Claire Egan) is making a series of aggressive moves. She intends to take charge of her life, which is already affecting other Genoa City, Wisconsin residents.

Teaming with Billy Abbott (Jason Thompson) on his podcast was ominous. As hardcore fans recall, she accepted Victor Newman’s (Eric Braeden) money to trap him years ago, which led to the birth of Johnny Abbott (Holden and Ryan Hare), who recognizes Victoria Newman (Amelia Heinle) as his mother.

Chelsea intentionally cast off the one person who held her accountable, Chloe Mitchell (Elizabeth Hendrickson). So, Billy is and will remain key to Chelsea’s latest reimagining of herself.

The Young And The Restless Spoilers – Johnny Abbott’s Biological Mother

Chelsea talked with Billy first. That was a mistake, as she later told Victoria.

Egan’s character went to see the restored head of Newman Enterprises, who was just involved in a horrific incident with Ashland Locke (Robert Newman). Chelsea knows about Ashland’s death. But like others in the public, she believes that Victoria was not part of the soapy scene.

Victoria responded to Chelsea’s ask about having Connor Newman (Judah Mackey) and Johnny set a play date as expected. She saw through it as a threat to the status quo.

Victoria could have helped Billy raise Johnny without ever adopting him. But Heinle’s character made a selfless decision because of love.

It was natural for Victoria to embrace Billy’s child because she loved his father. As viewers know, her love for Billy has never faded. They can not coexist, with Billy creating the most recent split.

Chelsea said she had no intentions of challenging Victoria’s status as Johnny’s mother. But she does want him to know that Connor is not a cousin but his brother.

The Young and the Restless Spoilers: Diane Makes A Promise To Jack – But Will She Keep It? #yr #youngandrestlesshttps://t.co/lQOI82pcKw

Adam Newman’s (Mark Grossman) decision to reject Chelsea’s hope for reconciliation hurt. But she is over it, with her new life plan emerging.

Billy is the original male character she was tied to. The full circle back to him hopefully means that Chelsea is entering a fresh arc rather than wrapping her time in GC.

Egan is a daytime stalwart. Her range makes Chelsea a dynamic, compelling character. So, it is encouraging to see the new angles Chelsea is pursuing on Y&R.