The Young And The Restless Spoilers: Sally And Chelsea Showdown, Rivals’ Confrontation? 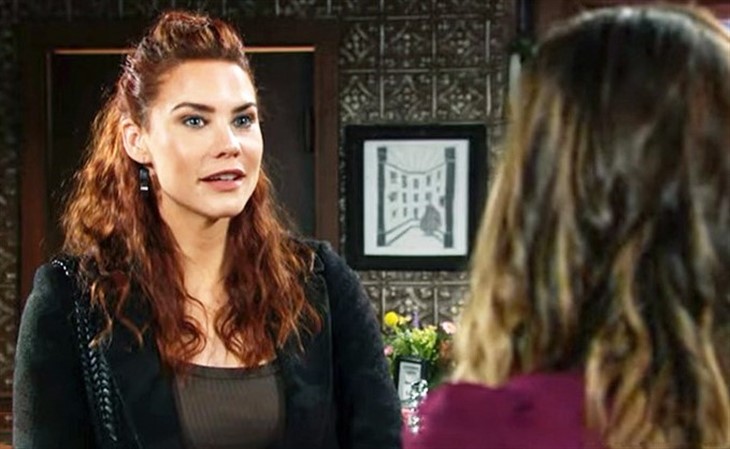 The Young and The Restless spoilers and updates tease that Sally Spectra (Courtney Hope) and Chelsea Lawson (Melissa Claire Egan) are headed for a showdown. They started out as rivals over Adam Newman (Mark Grossman) and even though Sally and Adam are on the outs for now, that doesn’t mean the rivalry has ended.

The Young And The Restless Spoilers – Chelsea Lawson’s Obvious Crush

Anyone can tell that Chelsea has an obvious crush on Billy Abbott (Jason Thompson) even though she will continue to deny it. At one point Chloe Mitchell (Elizabeth Hendrickson) will call her out on it and she’ll even deny it to her. Chelsea’s been spending a great deal of time around Billy lately, since co-hosting his podcast, “The Grinning Soul”.

Even Sally has noticed Billy and Chelsea’s bond, although with Chelsea it’s much more intense and deep. There is some history there, as longtime viewers will recall; Chelsea is Johnny Abbott’s (Paxton Mishkind) birth mother and Victoria Newman (Amelia Heinle) adopted him.

Sally recently had a bad breakup with Adam, and it was all stupidity and self-destructiveness on his part. She gave him a chance to ‘fess up that he was dumping her for show, but he wouldn’t so she closed the door on any future together. However, at first Chelsea had some real problems with Sally’s early relationship with Adam, and she can’t help but gloat sometimes now that it’s over. Sally doesn’t like Chelsea’s digs, because she truly loved and still loves Adam and it hurts. Sally might get so tired of salt being poured in her Adam wound she might give Lily Winters (Christel Khalil) a warning that Chelsea’s after her man.

Chelsea best watch her mouth and in more ways than one where Sally’s concerned and when she’s with Billy as well. Sally’s capable of low blows and she might see or overhear Chelsea around Billy and even see her kiss him. That will be a juicy bit of information to deliver to Lily, but she might use Rey Rosales (Jordi Vilasuso) as an example of Chelsea going after men who aren’t available.

The Young and the Restless Spoilers: Doug Davidson Says ‘No Return’ To The Soap #yr #YoungandRestlesshttps://t.co/AJbbM1gYNs

Sally will likely play tattletale to Lily, because the tensions ramp up during the week of August 29th. An explosion is inevitable between two such fiery personalities, especially since Sally’s now partnering with Chloe besides, Chelsea’s former partner and best friend.

Be sure to catch up on everything happening with Y & R right now. Come back here often for The Young and The Restless spoilers, news, and updates