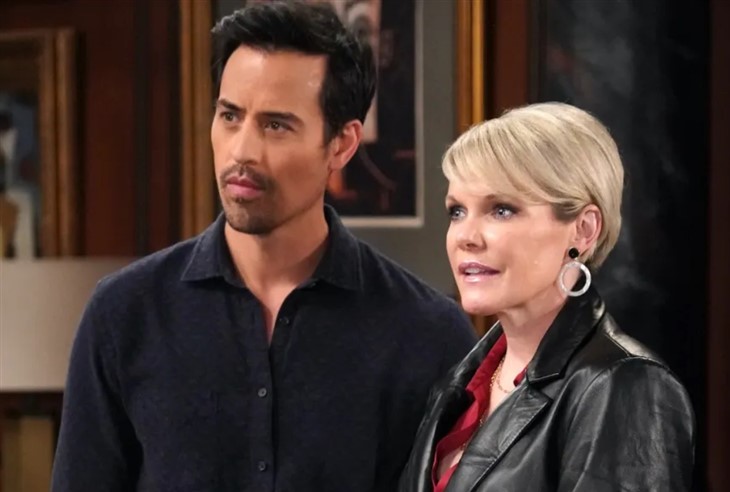 General Hospital (GH) spoilers and updates tease Nikolas Cassadine (Marcus Coloma) has made a costly mistake. Nikolas had a one-night stand with Esme Prince (Avery Kristen Pohl). Nikolas had hoped to keep his wife Ava Jerome-Cassadine (Maura West) from finding out the truth but Ava found out that Nikolas had been with Esme. Nikolas has been trying to deal with problems with his son Spencer Cassadine (Nicholas Chavez) and his uncle Victor Cassadine (Charles Shaughnessy).

Nikolas had hoped that he would be able to prevent Ava from confronting Esme. Ava wanted to help Trina Robinson (Tabyana Ali) because Esme had framed her for a crime that she did not commit. Trina had been on trial for filming Josslyn Jacks (Eden McCoy) and Cameron Webber (William Lipton) having sex for the first time and broadcasting the footage online. Ava believed that Esme was responsible for the video and wanted her to exonerate Trina. Ava and Esme got into a fight which resulted in Esme falling from the parapet at Wyndemere. Nikolas found Ava and Esme fighting and wanted to keep Esme from falling.

Nikolas and Ava believe that Esme is dead. Nikolas decided to cover up the fact that Esme had fallen but could not keep the information from Victor. Victor was upset that Nikolas and Ava are keeping the secret about Esme from everyone. Victor has agreed to help Nikolas and Ava with the cover up but he is having trouble with Ava. Ava wants to leave Nikolas because of his betrayal. Victor believes that Ava is going to need to stay with Nikolas in order to keep anyone from finding out that Ava is responsible for Esme’s fall.

Spencer decided to try to help Trina by admitting that he had escaped from Spring Ridge to go to his mother Courtney Matthew’s (Alicia Leigh Willis) grave. Spencer encountered Trina at Courtney’s grave. Spencer is going to Pentonville because he escaped from jail. Nikolas wants Spencer to find a way to stay out of Pentonville but Spencer is determined to take responsibility for his actions. Nikolas may decide that he needs to tell Spencer that he had a one-night stand with Esme. Spencer will be furious to find out that Nikolas had been with Esme. Spencer may tell Nikolas that he does not want Nikolas to be around him.

General Hospital Nikolas wants to make his marriage to Ava work. Nikolas is hoping that Ava will forgive him and want to stay with him. Nikolas knows that Victor is hoping that Ava will give her marriage to Nikolas another chance. Will Victor be the one to keep Nikolas and Ava together? Nikolas wants to find a way to get Spencer to forgive him for being with Esme. Nikolas hopes that Spencer will accept his relationship with Ava. Will Nikolas be able to get Spencer to give him another chance? Be sure to catch up on everything happening with GH right now. Come back here often for General Hospital spoilers, news, and updates.