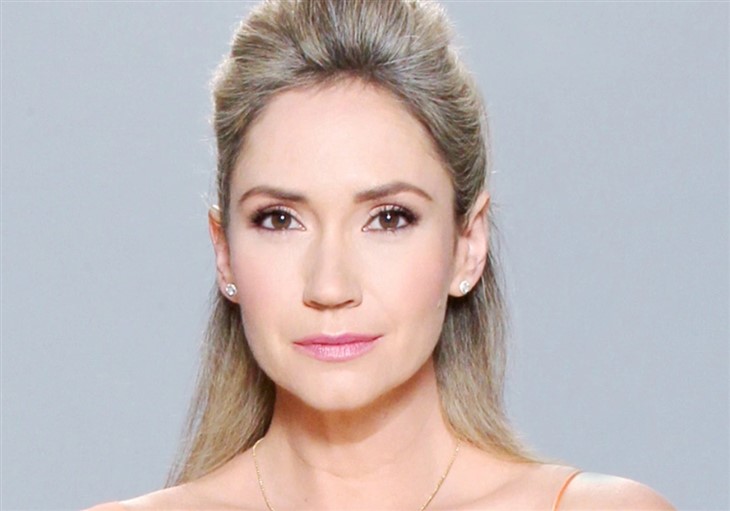 The Bold and the Beautiful spoilers and updates tease that Ashley Jones has directed her first film. She stepped behind the camera for the first time for a film for Lifetime Movie Network.

The actress, who’s known for her role as Bridget Forrester on the sudser, worked on the film for a whole year. The movie called Secret Lives of College Escorts has finally been released for TV viewing on August 19.

The actress shared the exciting news on Instagram. Jones shared the trailer for the movie and captioned it, “Here we go.”

“You guys have all been so supportive of all the projects I’ve done! I’m so grateful! My directorial debut premieres this Friday night,” she wrote.

Aside from directing a film, Jones also has a small role in the movie. Other cast members include Paisley-Rose, Briana Cuoco, and Chasty Bellesteros.

The Bold And The Beautiful News – What Is The Secret Lives Of College Escorts?

The movie was originally titled Sugar Mommy. The film follows the story of a young college student named Eve. One night, she sneaks out to party with her friends. What should have been a fun night turned into a nightmare when one of the girls died.

Eve struggles to pay for her tuition after losing her scholarship. Eve finds a solution to her financial problems when she meets Carla, a successful event planner. The latter offers her a dream job. However, it’s eventually revealed that the scheme that she’s about to get herself into caused her friend’s untimely death.

B&B Spoilers – Will She Manage To Get Herself Out Before She Puts Her Life In Danger?

The Bold and the Beautiful Spoilers: Deacon Finds Himself In A Precarious Situation

Deacon Sharpe (Sean Kanan) will find himself in a tough position. He gets a visit from his parole officer Jordan (Stefen Christopher Parker), who demands that he opens up.

Deacon will have to devise a plan since he has a fugitive who’s been presumed dead by his side. Sheila Carter (Kimberlin Brown) will be forced to hide in Deacon’s bathroom.

He makes up an excuse that he’s with his girlfriend when Sheila makes a noise in the spot where she’s hiding. Will Deacon manage to convince Jordan? Or will Jordan discover that person who’s hiding in his bathroom?