Days Of Our Lives Spoilers: Roman On Guard, Orpheus And Kate Bring Trouble 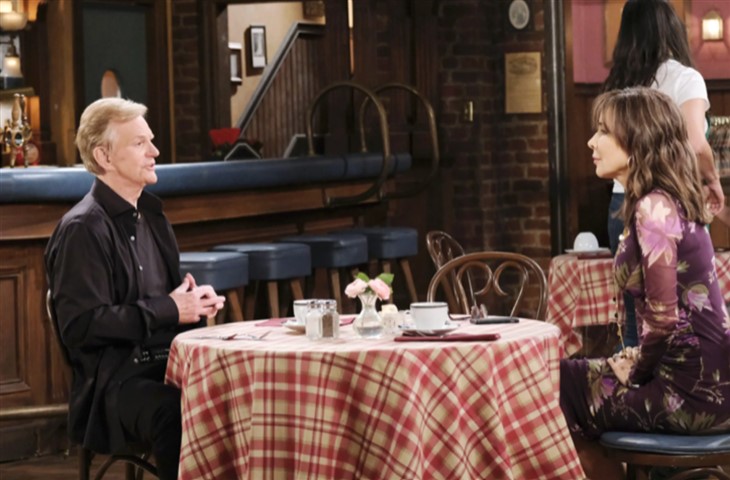 Days of our Lives (DOOL) spoilers and updates tease Roman Brady (Josh Taylor) is on high alert. Roman has wanted justice for his daughter Sami Brady DiMera (Alison Sweeney) because she was kidnapped by her past love Lucas Horton (Bryan Dattilo). Roman found out from his estranged girlfriend Kate Roberts (Lauren Koslow) that Lucas was going to jail. Roman has wanted to help his friends John Black (Drake Hogestyn) and Steve Johnson (Stephen Nichols). Roman knows that John and Steve are worried that Orpheus AKA Milo Harp (George DelHoyo) was able to get a pardon from Governor Mitchell (Mark Bramhall).

Roman has a complex and troubled past with Orpheus. Roman knows that Orpheus could decide to come after his loved ones. Roman may decide that he needs to help John and Steve to stop Orpheus. John and Steve have been trying to figure out what they need to do about Orpheus. Steve wants to use extreme measures to get rid of Orpheus. Steve was upset that Orpheus sent his wife Dr. Kayla Brady Johnson (Mary Beth Evans) a bouquet of flowers.

Days Of Our Lives Spoilers: Nicole Gets A Shock

Steve believed that Orpheus had broken into his apartment and accidently pulled a gun on his daughter Stephanie Johnson (Abigail Klein). John has been worried that Orpheus has plans for his wife Dr. Marlena Evans (Deidre Hall). Orpheus approached Marlena to get her to take his son Evan Frears AKA Christian Maddox (Brock Kelly) as a patient. John is convinced that Orpheus wants to harm Marlena. John and Steve know that they can count on Roman to help them with Orpheus. Roman will be determined to help John and Steve to deal with Orpheus.

Kate wants to take responsibility for her part in keeping the secret about Lucas and could face going to jail. Kate wants to get Roman to forgive her for helping Lucas. Roman has been encouraged by his friend Abe Carver (James Reynolds) and his wife Paulina Price (Jackee Harry) to give Kate another chance. Roman believes in second chances. Roman gave Clyde Weston (James Read) a job at Brady Pub even though Clyde has a criminal background. Roman still loves Kate and may find that he can forgive her.