The Young And The Restless Spoilers: Billy’s Rejection, Chelsea’s Next Romantic Target 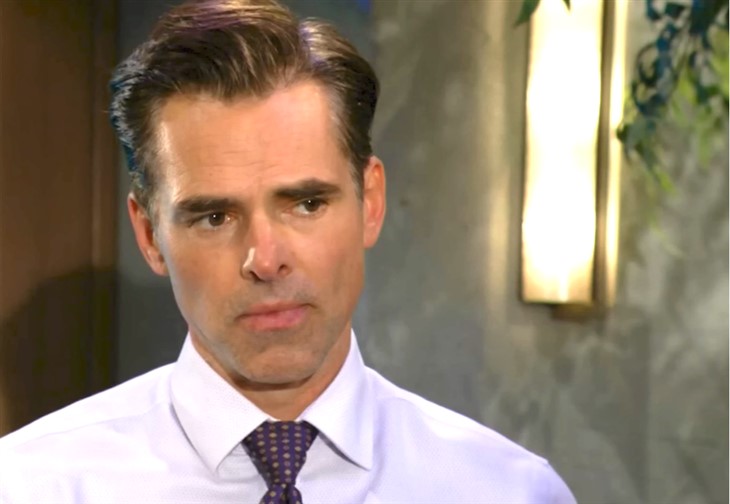 The Young and the Restless spoilers reveal that Chelsea Lawson (Melissa Claire Egan) surprises Billy Abbott (Jason Thompson) with a kiss. However, Billy will likely reject Chelsea’s advances. Chelsea might be disappointed and perhaps a bit embarrassed. However, she always seems to go after unavailable men, so who will she go after next?

The Young And The Restless Spoilers – Chelsea Lawson’s Kiss

Y&R spoilers for the week of August 22 reveal that Billy will tell Chelsea how much he appreciates their partnership. Billy and Chelsea are working on the podcast together, which is getting noticed. Even Victoria Newman (Amelia Heinle) told Chelsea that she really livened up Billy’s podcast.

Chelsea will misinterpret the signals she’s getting from Billy, though. When Billy says they make a great team, Chelsea seems to think there is a romantic attraction. Since Chelsea has been getting closer to Billy, she’s developed a crush. However, when she plants a kiss on Billy, how will he react?

The Young And The Restless Welcomes Paxton Mishkind

It is teased that Billy could reject Chelsea. Billy might remind Chelsea that he’s committed to Lily Winters (Christel Khalil). Billy will want to make it clear that the kiss can never happen again. Billy doesn’t want to do anything to ruin his relationship. Plus, any kind of scandalous affair will put both their jobs at risk as well as create unnecessary problems for everyone.

The Young And The Restless Spoilers – Repeating Romantic Patterns

The Young and the Restless spoilers reveal that Chelsea might accept that Billy isn’t available. The only way Chelsea can seem to get over one man is by becoming fixated on another. So, which man could Chelsea set her eyes on next?

Even though Chelsea does have a history of bouncing back to Adam Newman (Mark Grossman), fans are tired of recycled love stories. Plus, Adam was right when he told Chelsea that they are toxic as a couple. There is also the fact that Adam is still in love with Sally Spectra (Courtney Hope). Despite Adam’s feelings, he won’t admit it to anyone.

Y&R Spoilers – Chance Chancellor is Next?

Recently, fans watched as Chelsea and Chance Chancellor (Conner Floyd) were tested together. Fans would like someone new for Chelsea. It’s true that Chance is married to Abby Newman-Abbott-Chancellor (Melissa Ordway).

However, it is also teased that Abby gets fed up with Chance. Plus, closing the Ashland Locke (formerly played by Robert Newman) case could be hard for Chance to accept. Chance might want to open up to someone other than a Newman.

Maybe Chance talks to Chelsea about his conflicting feelings. Plus, Chance might remind Chelsea of Rey Rosales (formerly played by Jordi Vilasuso). So, this could just add to the possible connection between the two.

Do you think Chelsea will set her sights on Chance next? Will Chance open up to Chelsea instead of Abby? How will this affect Chance and Abby’s marriage?