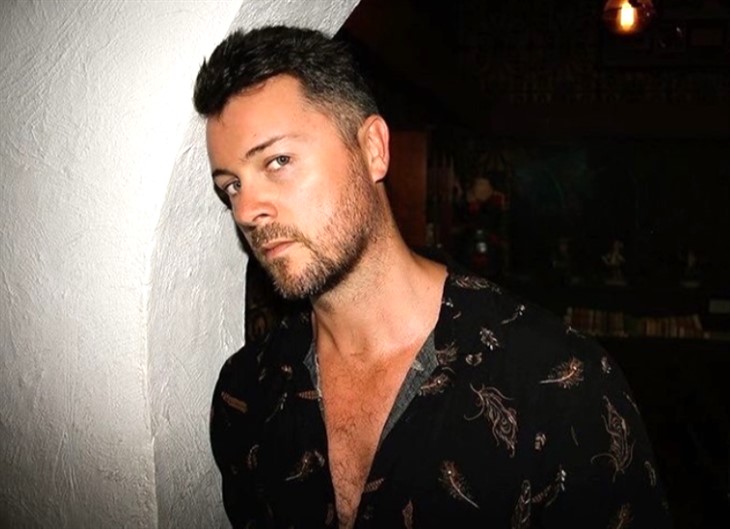 Days Of Our Lives spoilers and updates reveals Dan Feuerriegel (EJ DiMera) is mourning the loss of one of his former colleagues during his tenure on Spartacus, a project he is best known for before coming to the NBC daytime drama as the new EJ.

Days Of Our Lives Spoilers – Feuerriegel Shared The New

Upon the news breaking that Ioane “John” King had passed away, Feuerriegel wrote, “Sad to hear this. He was a lovely man and always brought a smile to set. Condolences to his family & friends”.

Days Of Our Lives Spoilers: Roman On Guard, Orpheus And Kate Bring Trouble

King started out as an extra on the Starz historical drama Spartacus before being elevated to the recurring fan-favorite role of Rhaskos. He passed away at the age of 49 on August 16, 2022, according to reports. His death was announced by one of his family members on a Facebook page that was devoted to his battle with adenocarcinoma cancer. His real-life sister, Anne Wall spoke with The Hollywood Reporter about his passing, sharing that he died peacefully in his home while being surrounded by family and friends.

During his illness, his family launched a fundraising page in March to help cover the medical expenses. At that time, the fundraising page noted that he was diagnosed with cancer in January. It revealed that the cancer was found in his pancreas and other organs and therefore the began chemotherapy in March.

Some of his other Spartacus colleagues paid tribute to him. Manu Bennett stated, “Saddened by the passing of Ioane (John) King who played the role of Rhaskos on Spartacus. John had a long battle with cancer but faced that fight with dignity & a constant resolve not to be defeated. On Spartacus, John was hired as an extra but with a powerful presence & ever positive attitude amongst the cast & crew, won himself the speaking role of Rhaskos.

Fans may remember Rhaskos leading the song “My cock rages on!” a defiant tune sung by gladiators after surviving the games. I remember John most fondly for his huge grin & sparkle in his eye when he would welcome me & others onto set each day offering the Gladiatorial forearm handshake & acknowledging in his deep raspy voice, “Brother!” He was one of the boys who held the team together & wore the B brand for the House Of Batiatus upon his forearm with so much pride. Ioane (John) King was truly one of the Brothers.”