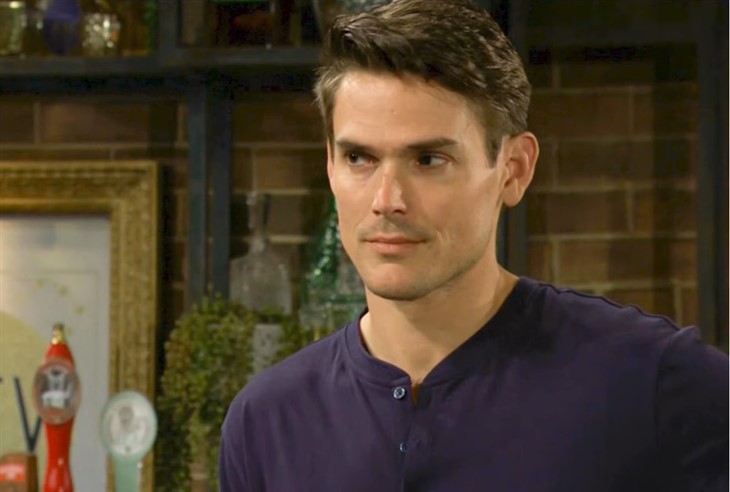 The Young and the Restless spoilers document that Adam Newman’s (Mark Grossman) trip to the Ranch proved useful. He said he was there to pick up some personal items and then depart. But Victor Newman (Eric Braeden) did not leave it at that.

Victor knows that Adam is upset. But the Moustache miscalculated by revealing important details about what happened to Ashland and how his death-scene was adjusted.

The Young And The Restless Spoilers – Ashland Locke Was Wrong

Ashland Locke (Robert Newman) was full of himself. So much so that he believed Victoria Newman (Amelia Heinle) would forgive the outrageously brazen cancer secret, remarry him, and build a new company that would have been partially funded with some of her father’s money.

The Young And The Restless Spoilers: Sally And Chelsea Showdown, Rivals’ Confrontation?

Victoria fell in love with Ashland. She was not naive in doing so. Instead, she was kind-hearted and generous in wanting to give the Lockeness Monster a chance to prove himself.

Ashland’s miscalculation was in underestimating Victoria’s pride. He also did not expect Victor to deny him a chance to see Harrison Locke (Kellen Enriquez) as part of a planned farewell to Genoa City, Wisconsin.

Adam asked Victor for details about the night Ashland died. Braeden’s character did not respond as hoped.

So, Adam pressed Victor. The head of the Newman family believed he was showing good faith when cluing Adam into the general truth.

Viewers were likely surprised when Victor volunteered that Nick Newman (Joshua Morrow) was directly involved in accidentally causing Ashland’s death. But then Victor said he protected Nick and Victoria, which let Adam know a cover-up was executed.

While graphic details were not offered, the tell to Adam indicated Victor felt he could provide this information and that it would be kept between them. That is not the usual path Victor takes.

The Young and the Restless Spoilers: Chelsea And Billy Take Things To The Next Level #yr #youngandrestlesshttps://t.co/U0kSwwiWt3

The Young And The Restless Spoilers – Adam Newman Breaks From Family

Adam told his dad that he was defending the Newman family for months. Victor’s assertion, that Adam did not understand loyalty, was off base.

While Adam was unhappy with Victoria’s reign at Newman Enterprises and Newman-Locke, he did create the half-billion-dollar plan that successfully convinced Ashland to leave the company and annul the marriage. Adam also warned Victoria and Nick to be leery of Ashland, who was planning personal revenge.

Victor dismissed Adam’s suggestion that he lay off Ashland. That reaffirmed Victor did not value his opinion and sees him as the problem child. Adam is teased to use what he has learned against the family on Y&R.