The Young And The Restless Spoilers: Billy Turns To Chelsea? – Lily Unlucky In Love 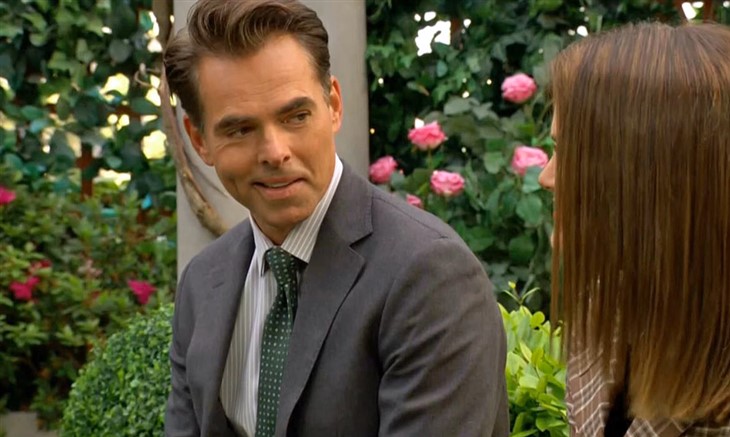 The Young and the Restless spoilers document that Billy Abbott (Jason Thompson) is surprised by the kiss Chelsea Lawson (Melissa Claire Egan) offers. She is caught up in the moment, which sparks natural drama on Y&R.

Lily Winters (Christel Khalil) has been good for Billy. Their initial business partnership developed into a revisit of the personal relationship they shared years ago during their youth.

So, Billy will face a dilemma. Should he tell Lily what happened or swear to Chelsea to secrecy?

The Young And The Restless Spoilers: Billy’s Rejection, Chelsea’s Next Romantic Target

Billy started a podcast. He projected his brooding mindset, which was embraced by similar personality types in Genoa City, Wisconsin, and apparently, elsewhere across the globe.

But Chelsea offered some constructive criticism. She felt Billy needed to lighten up. That led to him asking her to co-host, which she had just begun doing.

Lily recently told Billy that she thinks it best if he steps away from podcasting. That could mean Chelsea takes over their joint podcast and the Grinning Soul podcast, or both are shelved.

Y&R Spoilers – The Kiss Is Meaningful

Billy recognizes that Chelsea is an accomplished woman. He has eyes and can see that she is gorgeous.

But Billy’s only personal connection to Chelsea is Johnny Abbott (Paxton Mishkind). He loves Lily and has no plans to leave the relationship they have been building.

But Chelsea’s kiss creates the possibility that Billy will stray, as he has from other women in the past. If he tells Lily what happened or she learns about it through any other source, trouble is head.

Chelsea used to look at Ray Rosales (Jordi Vilasuso) with intent. She saw Sharon Rosales’ (Sharon Case) husband as more than a good guy who forgave her for poisoning him.

Sharon told Chelsea she knew Ray was a target. Chelsea denied that intent, with Ray’s untimely death neutralizing that storyline.

The writing staff has basically shifted Chelsea’s romantic hopes from Ray to Billy. Thompson’s character is a more plausible target due to Johnny’s existence.

If Chelsea continues to be bold, she will make sure Lily knows about the kiss. Billy would be forced to explain himself. But that also would be true if he tells Lily himself.