The Young And The Restless Spoilers: Team Chelsea Or Team Lily? 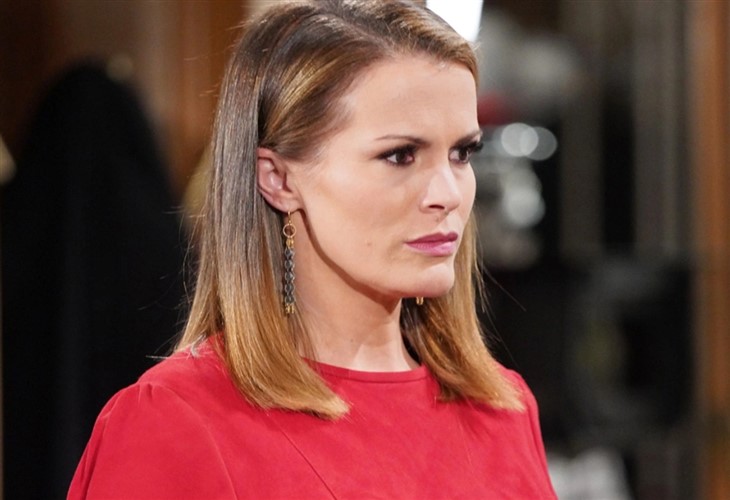 The Young and the Restless spoilers document that Chelsea Lawson (Melissa Claire Egan) has quickly become a threat to what seemed like a solid couple. The kiss she gives Billy Abbott (Jason Thompson) furthers a rapidly developing push to ingratiate herself in his world.

The podcast pairing did not sit well with Lily Winters (Christel Khalil). While Billy recently told Chelsea that he is backing away from his streaming personas, she took matters into her own hands by going beyond the renewed friend’s line.

As part of the above, Chelsea is also pressuring Billy to support her efforts to pair Johnny Abbott (Paxton Mishkind) and Connor Newman (Judah Mackey). Victoria Newman (Amelia Heinle) has an ally in Lily, though both ladies have not yet realized their common enemy.

The Young And The Restless Spoilers – Lily Winters Is The Best

More time is needed to determine if Billy and Lily last as a couple. But as of now, there is no question that she is the best influence in his life.

Lily endured drama in the past. Her marriages to Cane Ashby (Daniel Goddard) were rocky. This divorced couple has grown children, with those characters and Goddard’s alter ego not currently on-screen.

Jill Abbott Atkinson (Jess Walton) made an important decision. She decided that pairing Lily and Billy at Chancellor Industries was a smart move. Jill was right, as she often is, with the bonus of Lily and Billy becoming a good couple on Y&R.

Billy is in the middle section of this feature just as he is situated between Lily and Chelsea in Genoa City, Wisconsin. He appears not to realize that significant danger is dead ahead.

Thompson’s character broke from Victoria in the recent past. Billy stated at the time that his long-time perceived soul mate could not deal with him as an adult. He was right but did not acknowledge Victoria’s demeanor was firmly steeped in the repeated dramas he created through the years.

Chelsea is the woman Victor Newman (Eric Braeden) tapped years ago to frame Billy. The Moustache’s plan worked, as Chelsea gave birth to Johnny, who Victoria adopted as her own when he was an infant.

The Young And The Restless Spoilers – Chelsea Lawson Nostalgia Or More?

It could be that the writing staff is merely tapping nostalgia to further this modern storyline. However, all elements are in place to make the possibility of Lily leaving Billy realistic.

Chelsea does not like being on her own. She is attempting to restart her life and has seemingly transferred her romantic intentions from Rey Rosales (Jordi Vilasuso), who was tragically killed in a car accident, to Billy.

The kiss reveal will enlighten Lily. How she handles that event and Billy’s response to it will determine how much daylight Chelsea has on Y&R.