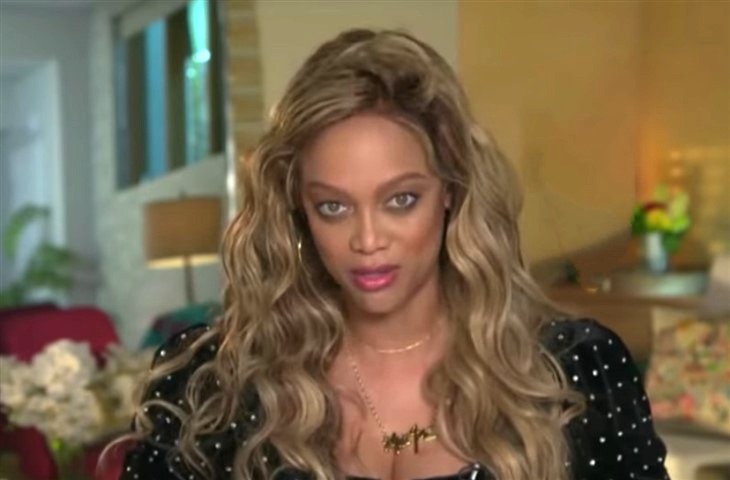 Dancing With The Stars Season 31 will air on Disney+ as the show migrated away from ABC. Actually, many people hoped that Tyra Banks would lose her job as the host of the show. Well, she sticks with the show, but was she read the riot act by the execs of the streaming platform? Will they give her one last chance to improve her image with fans?

Grumpy fans lightened up a little bit when they heard that Alfonso Ribeiro will co-host with Tyra in the next season. Recall, he took home the Mirror Ball Trophy in season 19. Fans who cheered the news just wished that he could be a stand-alone host and not need to share Tyra’s space.

It’s not clear how Tyra Banks fits in with the exec levels of Dancing With The Stars. However, she apparently has some sort of interest in it. At least she did when the show was over on ABC. But, might her appearance in September be her last chance to make good with viewers? Actually, she managed to annoy a lot of people in an incredibly short time after she took over from Tom Bergeron.

Dancing With The Stars – Disney Read The Riot Act To Tyra Banks?

According to sources that spoke with The Sun, things might’ve gotten heated behind closed doors. Unfortunately, unnamed sources really can’t be taken as accurate. At best, they can be ascribed the title of rumor-mongers. But, it’s worth thinking about the concerns that Disney+ might have with Tyra. Obviously, feedback from fans told them in no uncertain terms that viewers are fed up with her.

According to the outlet, the Dancing With The Stars host to has to make it work with Alfonso. The platform execs allegedly want them to “put on a united front in an effort to shut down fan hatred over the model’s skills and interactions with talent.”  Other sources reveal that Tyra is tasked with helping to get back the love for the show by sharing her space with her new co-host.

Dancing With The Stars – Making It Work

The Dancing With The Stars host seemed to try and make the show all about herself. So, irritated fans slammed her for it. Actually, it seems almost impossible to imagine that she reacted well to sharing the limelight with Alphonso. Apparently, they want more cooperation when it comes to interviews and openness with the public.

What if she fails? What if she simply can’t bring herself to look and sound loveable? Will this be her last shot at hanging onto her position? Sound off your thoughts in the comments below.