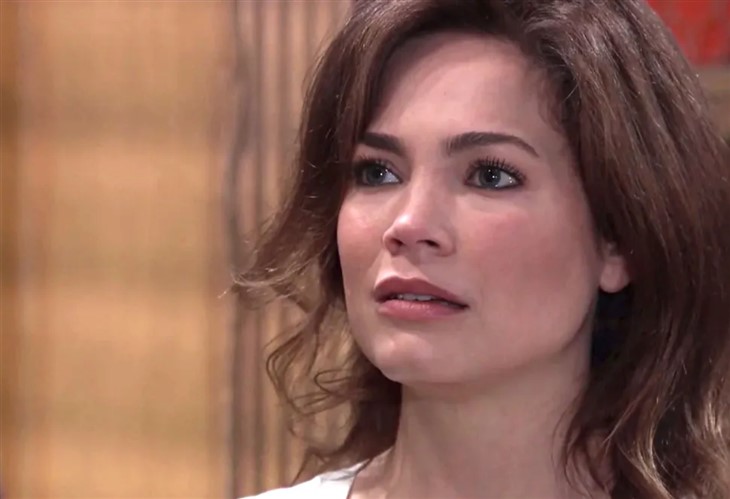 General Hospital spoilers indicate that viewers will soon have answers to the issuing plaguing Liz Baldwin (Rebecca Herbst). Fans have been wondering what the point was for some time and it seems answers are on the way. Liz has certainly been unlucky in love and life for the most part. However, nothing fans have seen onscreen could explain her actions as of late. How will the writers explain her issues?

General Hospital Spoilers – Franco Balwin’s Death Has Got The Blame

General Hospital spoilers reveal that Franco Baldwin’s (ex-Roger Howarth) death has gotten the blame for Liz’s issues so far. However, that does not seem to be the whole problem. Liz continues to have flashbacks that involve her childhood when she was with her parents. Liz has been in Port Charles since she was 14 years old, so what traumatic event took place before that to change her life?

Spoilers and rumors suggest that Liz’s past will be a huge part of this story and now is the right time to tell it. After 25 years on the show, it seems that a big part of Liz’s past remains untold. However, Liz has always had an issue with her parents which brings up the question of what happened in the past before they dropped her and her sister with their grandparents.

General Hospital’s co-head writer Dan O’Connor says, “And during that time, there is still a big, untold story of her past and that is the explanation of why she is so distant from her immediate family. The memory that she is unlocking is the beginning of being ready to finally tell that story.”

After all these years, it seems fans will finally know why Liz is as distant as she is from her family. This could also explain why Liz finds it so hard to trust anyone, lover or friend. Liz was obviously betrayed or harmed in some way. What is the whole story of her past?

Recently, General Hospital fans believed that Herbst has left the show she has called home for the past 25 years. However, that was not the case. Liz has been a huge part of the show and isn’t likely to exit any time soon. Will Liz finally be reunited with the family now that the truth is coming out?

Liz may be reunited with her family but that doesn’t mean that Liz and Hamilton Finn’s (Michael Easton) relationship will survive. Is Liz destined to be alone again? Will Liz find new love if she cannot reconcile with Finn?