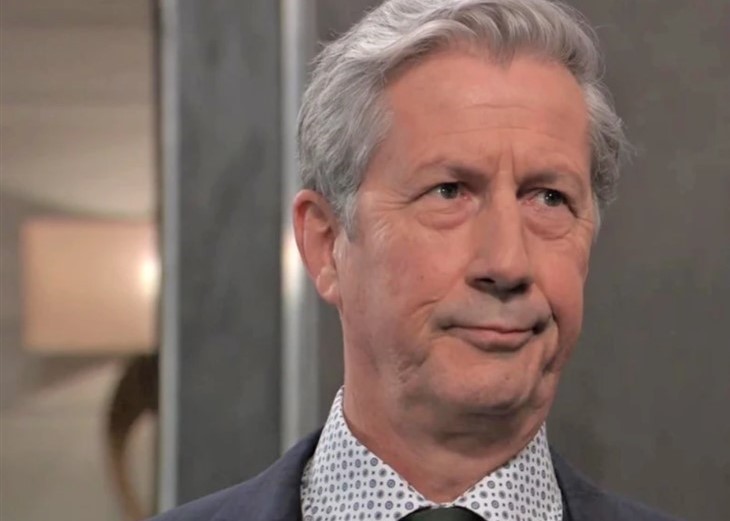 General Hospital spoilers tease that Ava Jerome (Maura West) believes that Esme Prince (Avery Kristen Pohl) died after they fought and she fell off the parapet at Wyndemere. Nikolas Cassadine (Marcus Coloma) arrived just in time to see Esme fall, but when he searched for her all, her could find was a bloody shoe. Victor Cassadine (Charles Shaughnessy) was soon let in on what happened and helped Ava and Nikolas dispose of Esme’s belongings.

Victor has made it perfectly clear to Ava that he helped her to help out the Cassadine family, not her in particular. If Ava turns against Nikolas, then he will consider her an enemy. And the perfect way for him to keep Ava in check would be to have Esme waiting in the wings, willing to testify that Ava tried to murder her. Ava isn’t willing to reconcile with Nikolas just yet, because he slept with Esme while married to her. But for her own protection, she has been willing to go along with Victor. Up to a point.

But Ava is formidable on her own and won’t let Victor control her life any longer than necessary. Once the heat dies down surrounding Esme’s disappearance, Ava will likely file for divorce from Nikolas. But if Victor has Esme, Ava may be forced to play his games longer than she had planned or face the same fate as Luke Spencer (Anthony Geary). Victor apparently had Luke killed so he isn’t above murder. He might very well kill Esme and Ava both just to be rid of them.

Is Esme really dead? Or is Victor hiding her somewhere? Will Ava remain married to Nikolas? Anything can happen in Port Charles so stay tuned to General Hospital airing weekdays on ABC. And don’t forget to check back right here regularly for all your General Hospital news, information, and spoilers!