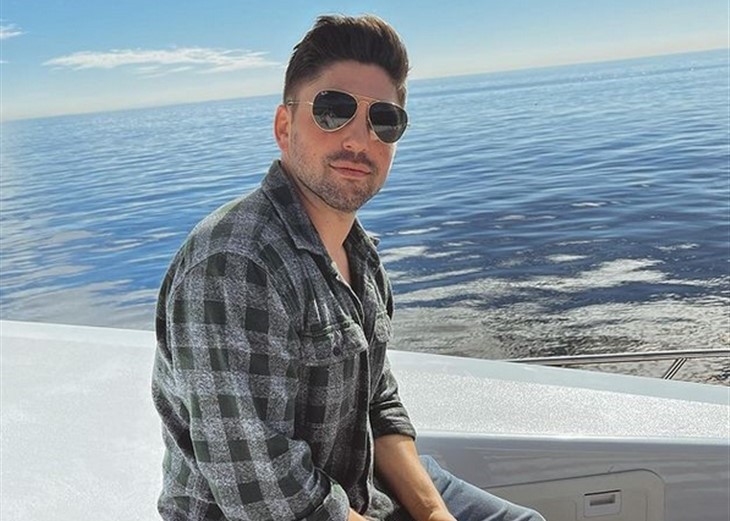 General Hospital comings and goings reveal Michael Corinthos having a new face once again, but at least it’s a face we’re familiar with as Robert Adamson is returning to the role for two days this coming week.

General Hospital Comings And Goings – Where Is Chad Duell?

There was never any word as to why Chad Duell needed time off in the first place several months ago but it was just assumed that Adamson kept appearing as Michael alternating with Duell because scenes were shot out of order. But it’s now been quite a while between stints and it makes sense that Duell might have needed to take a break once again.

Since Adamson was a hit with fans the first time around, GH decided to bring him back again when Michael is called for in the script this week. It would be ironic if Willow Tait (Katelyn MacMullen)decided to tell Michael that she has cancer when Duell isn’t playing the part. In fact, some fans prefer him as Michael as she doesn’t seem as much like a mama’s boy as Duell’s version does, always doing everything in the name of his mother, Carly Corinthos (Laura Wright).

Adamson comes to the role after playing Noah Newman on The Young and the Restless on and off for years. He was also once involved with Days of Our Lives star Linsey Godfrey (Sarah Horton) and is the father of her daughter.

GH Spoilers – What Has Michael Corinthos Really Been Up To?

Adamson is back in the role at a critical juncture as Michael is paying less and less attention to whatever might be bothering a pregnant Willow and is more and more involved and obsessed with bringing down Sonny Corinthos (Maurice Benard) for the crime of cheating on his mother. Never mind that he forgave Sonny for shooting his biological father, AJ Quartermaine, in cold blood. Michael is just full of contradictions.

Michael is playing a dangerous game by hiring someone to infiltrate Sonny’s organization and even Dex Heller (Evan Heller) might be getting sick of the man’s games. Maybe he will find it disgusting that Michael is using the fact that Sonny was abused as a child as a way to bring him down and play with his emotions. Stay tuned to General Hospital weekdays to see Robert Adamson appear.