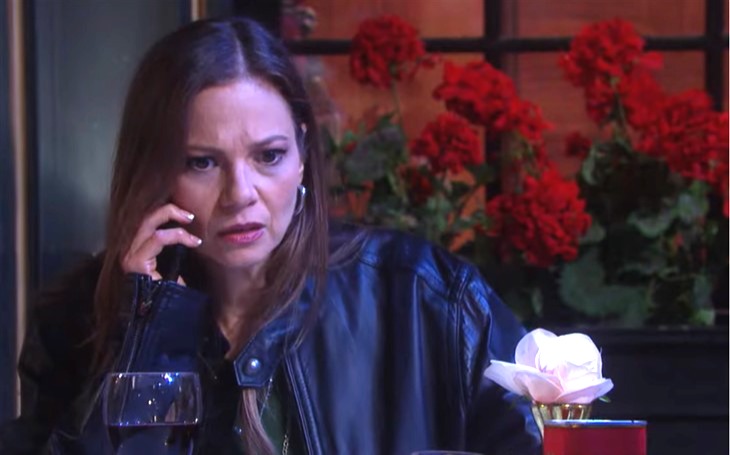 Days of Our Lives spoilers for the next two weeks are in. From August 29 to September 9, Ava Vitali (Tamara Braun) will have a grave encounter. Kate Roberts (Lauren Koslow) gets kidnapped. Meanwhile, Will Horton (Chandler Massey) returns to Salem. Unfortunately, Will’s comeback is right after Sonny Kiriakis (Zach Tinker) is brutally attacked.

Days Of Our Lives Spoilers – Crime And Punishment

DOOL spoilers for the week of August 29 reveal that Orpheus (George DelHoyo) has already kidnapped Marlena Evans (Deidre Hall) and Kayla Johnson (Mary Beth Evans). Next, Orpheus will send a package to Roman Brady (Josh Taylor) during his birthday party. It is a message from Orpheus. Kate will have been kidnapped, joining Marlena and Kayla in captivity.

Days Of Our Lives Spoilers: The Bigger They Are, The Harder They Fall: Alex Falls Hard For Stephanie

Fans will also see Leo Stark (Greg Rikaart) pay a visit to Sonny. Afterward, Chad DiMera (Billy Flynn) finds Sonny’s bloody body on the floor. It is teased that Sonny could be in really bad condition.

Alex Kiriakis (Robert Scott Wilson), Bonnie Lockhart Kiriakis (Judi Evans) and Justin Kiriakis (Wally Kurth) will be devastated. However, Leo will find himself being questioned about the attack on Sonny. Is he guilty or could someone be trying to frame him?

Expect Johnny DiMera (Carson Boatman) to comfort Ava while visiting Jake DiMera’s (Brandon Barash) crypt. Ava will tell Johnny that EJ DiMera (Dan Feuerriegel) was kind to her after she “saw” Jake. Johnny and Ava will both open up to EJ, thinking he’s turned a corner.

However, Johnny and Ava are mistaken. EJ uses the information from both Johnny and Ava to get what he wants. EJ will declare that Ava should be disqualified at the shareholder’s meeting due to hallucinations.

Days Of Our Lives Spoilers – What Else To Expect

Days of Our Lives spoilers reveal that Alex will tell Chanel Dupree (Raven Bowens) and Allie Horton (Lindsay Arnold) about meeting the perfect woman. Stephanie Johnson (Abigail Klein) will initially turn down Sonny’s job offer. However, Sonny assures Stephanie that Alex will move on to crushing on another lady.

Alex isn’t going to give up like Sonny thinks, though. Alex will make some bold moves to impress Stephanie.

After Sonny is brutally attacked, Will returns to Salem. Jennifer Horton (Cady McClain) will deal with a troubling secret, one which Maggie Horton Kiriakis (Suzanne Rogers) discovers. Jack Deveraux (Matthew Ashford) decides to help Gwen despite her being accused of killing Abigail DiMera (formerly played by Marci Miller).

Days Of Our Lives Spoilers: The Bigger They Are, The Harder They Fall: Alex Falls Hard For Stephanie https://t.co/0xABM4HopQ pic.twitter.com/61FrY5yI94

It is also teased that Xander Cook (Paul Telfer) and Sarah Horton (Linsey Godfrey) will plan to get married… for real this time. Jada Hunter (Elia Cantu) will be upset with Steve while Rafe Hernandez (Galen Gering) warns Sloan Peterson (Jessica Michel Serfaty). Plus, Ava will have a shocking encounter in the DiMera crypt.

There is a lot of drama coming up, so keep watching the NBC soap.