The Young And The Restless Spoilers: Chloe Furious, Adam Admonished 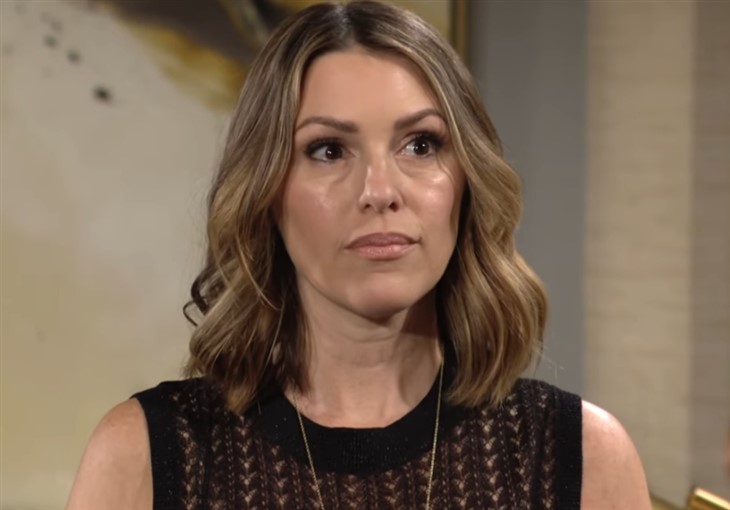 The Young and the Restless (Y&R) spoilers and updates tease Chloe Mitchell (Elizabeth Hendrickson) is on the warpath. Chloe has been trying to help her friends Chelsea Lawson (Melissa Claire Egan) and Sally Spectra (Courtney Hope). Chloe has been concerned about her husband Kevin Fisher (Greg Rikaart). Chloe knows that Adam Newman (Mark Grossman) is causing trouble for the ones that she loves. Chloe is determined to stop Adam from causing more damage.

The Young And The Restless Spoilers: Chloe Disillusioned, Chelsea Pushes Too Far

Sally was devastated when Adam decided to end their relationship. Adam had wanted Sally to be able to keep her job as CEO of Newman Media. Adam knew that his sister Victoria Newman (Amelia Heinle) would get rid of Sally if she was in relationship with him. Sally has tried to put her feelings for Adam behind her but she still is drawn to him. Chloe wants Sally to make a clean break from Adam. Chloe wants Adam to walk away from Sally.

Chloe wants to help Kevin because Adam has put Kevin in a bad position. Adam wanted to get information about Ashland Locke’s (Robert Newman) death. Kevin has been working with Chance Chancellor (Conner Floyd) to find out the truth about Ashland. Chance and Kevin believed that Victor Newman (Eric Braeden) had covered up the way that Ashland died. Kevin uses his extensive computer skills to help the police. Adam decided that he needed to get Kevin’s laptop and had it stolen. Kevin confronted Adam to get his laptop back but could not get it back from Adam. Kevin is worried that he is going to get into trouble because his laptop is gone. Kevin has shared his concerns with Chloe. Chloe will want Adam to return Kevin’s laptop.

The Young and the Restless Spoilers: Does Lily Need To Rope In Her Man Billy Before It’s Too Late? #yr #youngandrestlesshttps://t.co/jC18lNa1nO