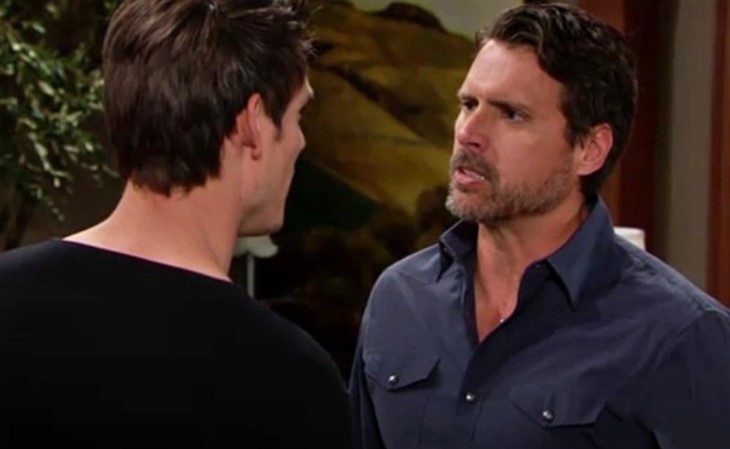 The Young and the Restless (Y&R) spoilers and updates tease Victor Newman (Eric Braeden) is fighting to keep his family together. Victor has been having trouble with his son Adam Newman (Mark Grossman). Victor had wanted to protect his daughter Victoria Newman (Amelia Heinle) and his son Nick Newman (Joshua Morrow) from the fallout from Ashland Locke’s (Robert Newman) death. Victor may find that Nick is going to become a problem.

Nick has been struggling with Ashland’s death. Nick accidently killed Ashland because he needed to keep Ashland from hurting Victoria. Nick and Victoria called Chance Chancellor (Conner Floyd) for help because they knew that they needed to call the police. Victor found out that Nick and Victoria were in trouble. Victor

The Young And The Restless Spoilers: 3 Must-See Moments For…

Ashland died by getting his security team to stage a car accident.

Chance launched an investigation into Ashland’s death but decided against further legal action in the case. Nick had wanted to take responsibility for Ashland’s death. Nick has turned to Sharon Rosales (Sharon Case) for help to deal with killing Ashland. Nick has been upset that Victor decided to make Ashland’s death look like a car accident. Nick is starting to believe that Victor is trying to control him.

Adam has believed that Victor is trying to manipulate him. Adam has tried to get Victor to accept him and want him to have a place in the Newman family. Adam has been upset that Victor has been putting him into different positions at the family company Newman Enterprises. Adam wanted Victor to tell him the truth about Ashland but could not get the information from Victor. Adam decided that he would steal Kevin Fisher’s (Greg Rikaart) police laptop to get the information that he needed about Ashland’s death. Adam wanted Sally Spectra (Courtney Hope) to publish a story on Ashland’s death for Newman Media. Sally turned down Adam’s request. Adam is planning on using the information that he has about Ashland’s death against Victor.

The Young and the Restless Victor believes that he is justified in his efforts to keep his family safe. Victor believed that Nick would have legal problems from killing Ashland. Victor knows that Nick has been having trouble dealing with his part in Ashland’s death. Victor does not want to lose his relationship with Nick.

The Young and the Restless Spoilers: Will Nick Give Sally A Second Chance? #yr #Youngandrestlesshttps://t.co/XHZmGsqVzG

Can Victor convince Nick that he has his best interest at heart? Victor has been trying to get Adam to believe that he is an important part of the Newman family. Victor did not want to get Adam in trouble over covering up Ashland’s death and decided to keep the truth from him. Victor believes that he has shown Adam that he believes in him. Can Victor find a way to show Adam that he does trust him? Victor is going to need to take action to show Nick and Adam that he cares about them. Can Victor get Adam and Nick to believe that they can count on him? Be sure to catch up on everything happening with Y&R right now. Come back here often for The Young and the Restless spoilers, news, and updates.