The Young And The Restless Spoilers: Victoria Hits The Mark – Adam Does Not Care 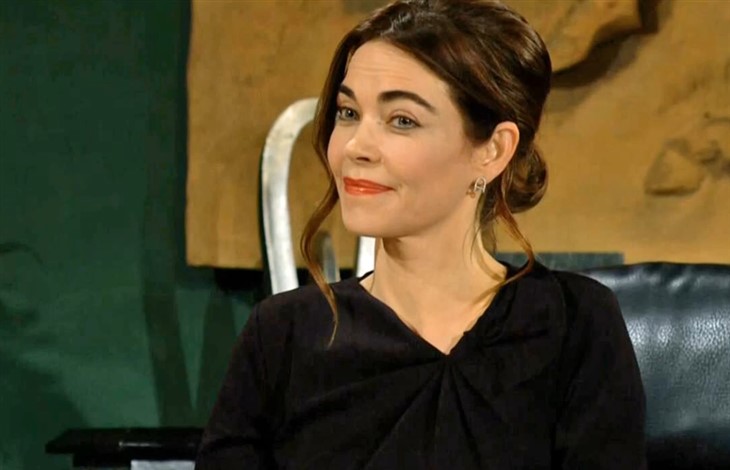 The Young and the Restless spoilers document that Victoria Newman (Amelia Heinle) received an unexpected visit from someone she did not trust. However, Sally Spectra (Courtney Hope) knows who is buttering her bread.

Victoria’s controlled response to Sally’s useful information was intended to dissuade her from believing what Adam said. But the CEO also hit the mark regarding Adam’s state of mind.

The Young And The Restless Spoilers – Sally Spectra Deepens Her Hold

For the moment, Sally is secure in her spot atop Newman Media. The implied message, sent to Nick Newman (Joshua Morrow) in the recent past, was intended to telegraph leverage.

Sally told Nick that she knew he was involved with the Ashland Locke (Robert Newman) incident at Victoria’s house the night he died. But Sally did not know at that point in the plot that Nick accidentally killed Ashland.

Adam intended to play off Sally’s emotions to manipulate her into publishing what would be an explosive story about Victor Newman (Eric Braeden) adjusting the event and location of Ashland’s death. Her tell to Victoria lets the Newman family know she is not backing Adam in this fierce fight.

Ashland knocked Victoria down more than once. But she has permanently escaped his clutches.

Even Adam is glad that dark force has lifted from Genoa City, Wisconsin. But he wants to exploit the matter to punish his father. That would destabilize the company he picked Victoria to head.

Her place at the front of the company is one Adam still detests, despite his reply to Victor and Nick at Society. He does want to be the head of Newman Enterprises and is lashing out because he can not occupy the throne.

Adam is not the man his mother would be proud of if she were still on this earth. Hope Wilson (Signy Coleman) is in heaven, looking down at her boy. Possibly, her influence might be able to influence his mind. But bets in that regard would not be wise.

The Young and the Restless Spoilers: Diane Goes Face to Face With Talia #yr #youngandrestlesshttps://t.co/x6pPVBheXP

Victor helped Adam by handling the death he caused as a child. It is despicable that Adam believes the opposite and is using his history as a weapon against Nick to make his brother doubt himself.

Adam will never have peace of mind if he warps the past. He has again alienated his family and has lost another woman, Sally, who wanted to love him.